WUS awards 2017 WUS: The Next Generation 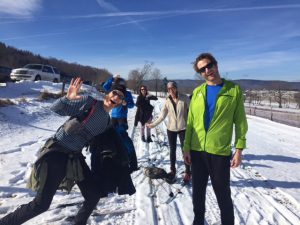 A burst of warm weather threatened to derail the opening SnowShoeFest of the 2018 winter in Canaan Valley, WV (SSF 2018-A). But a little bit of rocks and roots never deterred a hearty group of Wussies. 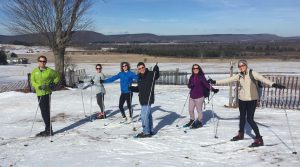 Bernard’s not complaining about the high-40s temps

Fortunately, there was just enough snow for our group of newbies to get a taste of xc skiing at Whitegrass Ski Resort. With a couple instructions on how to hold the poles and a complete understanding that these skis here got no edges, the Wussies were off….. 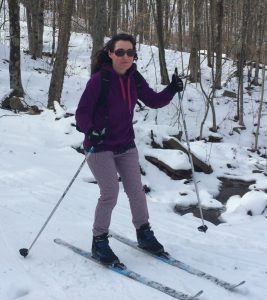 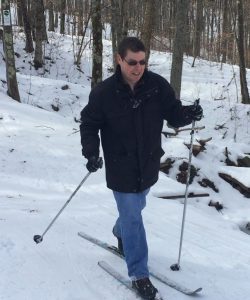 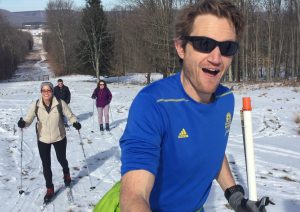 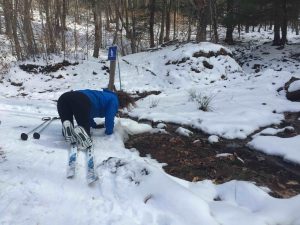 Martha is either: (a) drinking from an inconveniently low spring pipe; (b) praying to Allah for no more rocks. 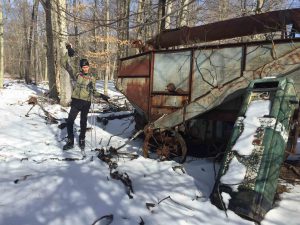 Aaron is doing his best impression of (a) Keith posing with his beloved inanimate trail finds; (b) a praying mantis. 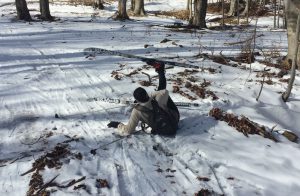 Ashlinn in a less victorious moment

After the big ski adventure, the Wussies treated themselves to an afternoon of less harrowing activities like ten flights of ice-slicked stairs to see a pretty waterfall (Blackwater Falls State Park). 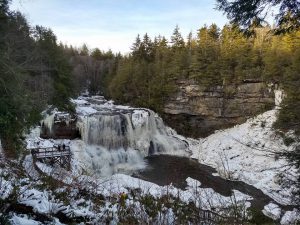 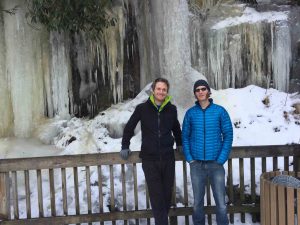 And watch the sunset at Lindy Point Overlook. 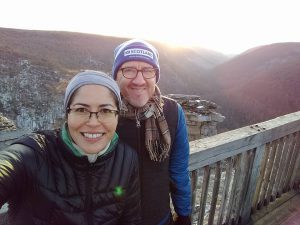 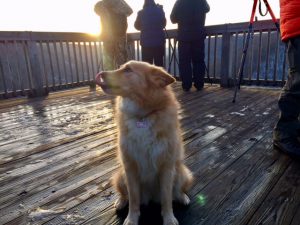 Sadie enjoyed the sunset. And the poops she found on the trail.

On Sunday we were planning to do a 10k xc ski race at White Grass. But an overnight rain encouraged the Wussies to opt for a hike through the Dolly Sods wilderness area. Causing Trevor’s dogs Sadie and Dean much rejoicing. 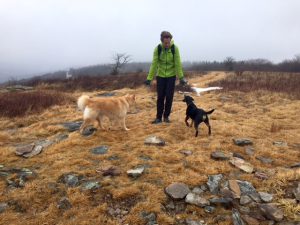 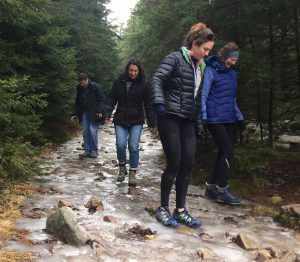 After a day of rock skiing, trail ice-skating was no biggie for the hardened Wussies 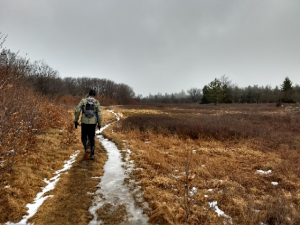 Aaron leads the way to the Smoking Bench 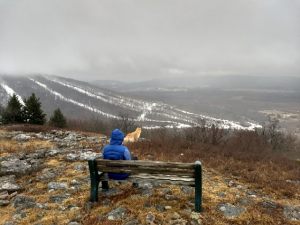 As the wise Sarah Stanley once said, the rocks and roots and ice slicks are what make West Virginia adventures fun. After all, what would mid-Atlantic skiing be without being catapulted on your face from time to time by snow-hidden (and not so snow-hidden) rocks? 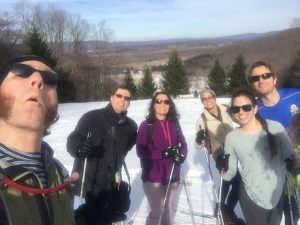 Top Ten Achievements of SSF 2018-A