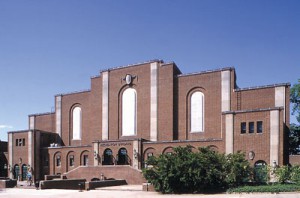 There is a musty old shower room on the Penn State campus.  No one checks your ID.  You don’t even really need to lock up your stuff.  Situated in a dimly lit corner of Rec Hall, where the floors are stone cold and the heat pipes rattle, Rec Hall seems a forgotten 1970’s-era relic.  No, this is not the shower room of the famed Jerry Sandusky crimes, which actually occurred in the modern and tightly secured locker rooms of the football team on the other side of campus.  These are the gritty old locker rooms of the Nittany Valley Running Club (NVRC), an organization that could be considered the antithesis of the Penn State football program except for the fact that once a year Joe Paterno would take his picture with our Boston Marathon team to help us raise money for Centre Volunteers in Medicine.  It costs $10 to join NVRC, and about 1,000x that to get clubhouse season tickets to Penn State football games.  The only thing we have in common is that we don’t put our names on the backs of our jerseys.  Oh wait, scratch that: they put the names on the football jerseys this year.

I’m not going to dive into a full history of my seven years running at noontime with the NVRC from Rec Hall, including three years when I was a graduate student at Penn State, and the last four years when I’ve been a frequent visitor, coming to Penn State for weeks at a time every couple of months to continue collaborations with my former PhD advisor, Eddie Holmes — and of course to catch up with the noontime runners.  But it was on these formative noontime jogs that my running — and myself — really came of age.  When I started running at noon I was the skinny girl who ran in over-sized cotton soccer shirts and ballooning soccer shorts that conveyed my reluctance to be a runner (or a female), instead clinging to my high school identity as a tomboy soccer player.  But the nooners introduced me to the idea that running could be fun and relaxed and light-hearted, even at a brisk pace.  And that not all guys preferred ocular surgery to getting chicked (the term ‘chicked’ was not even part of the vernacular there).  Eventually I went out and bought some running shorts.

But Eddie will be moving permanently to Sydney, Australia, and with him my excuse for visiting Penn State regularly.  Sure, having the chance to visit sunny Sydney will be welcome.  But I’d trade all the beaches and rooftop bars in Sydney for a chance to trot around State College at noon with the Rec Hallers, many of whom I’ve been running with since I was a clueless twenty-something.  I know I’ll return to State College for races, like I’m going back in October for MountainBack).  But I can’t think of circumstances under which I’ll be able to run another noontime run, which has been such a mainstay of my running life (and mental sanity).  And I can’t shake the irreversible sense of loss.