Be the Alpha Monkey 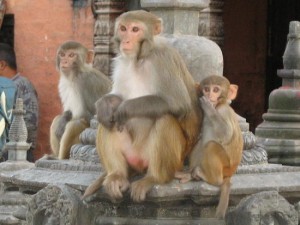 They may look cute and harmless.....

‘Don’t be scared,’ the man instructed me in a thick Nepalese accent, ‘just run.’

Normally ‘running’ is one of the few things I can do, but I was deathly afraid of these monkeys.  Vikash told me they carried herpes B virus and attacked and bit, Aubree said they had rabies, Aaron said he’d heard of ‘assassin monkeys’ that were trained to slip into people’s homes and murder them.  So when a pack of screeching monkeys clogged up my jogging path, it was a bit challenging to simply ‘not be afraid.’  But it was true, when I tried to be cautious, showing deference and giving them their space, one had hooted and chased me, requiring a nearby Nepalese man to intervene by stomping his foot and shouting to make it retreat. 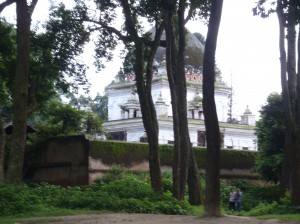 I had found an absolutely lovely place to run in Kathmandu.  There was a Buddhist temple at the top of a lushly jungled hill that had a dirt jogging path encircling it and a series of badminton courts filled with Nepalese playing doubles.  As you rounded the corner of the track you glimpsed through the trees sweeping views of the mountains looming over the city.  Nepalese men jogged clockwise around the path, and groups sat in circles to practice a form of Nepalese yoga that seemed to center around loud humming and chanting and grunting (more on my own adventures in Nepalese yoga later).

I was quite conspicuous in my little running shorts.  Not only was I running twice as fast as everyone else (soliciting quite a few ‘You run fast!’ commentaries) but my shorts were probably about as culturally appropriate as a dude running on the National Mall in a Speedo.

The next morning Dan greeted me on my way to the monkey temple with, ‘The monkeys are CRAZY today!’  I almost scampered back to the hotel where my daily breakfast of eggs, toast, hash browns, chicken sausages, fried tomatoes, yogurt with muesli, and mango juice awaited me (the Dwarika Hotel in Kathmandu is AMAZING).  I mean what kind of choice is that: a) get mauled by the crazy monkeys or b) see if you can get eggs, sausage, toast, tomato AND hash browns all to stack on a single forkful (I almost did it).

But no, I was determined to take on the monkeys.  This was a symbol for my life.  Was I going to cower in the face of lesser beings, mangy and flea-bitten, or was I going to assert my place as the rightful Alpha Monkey?

It’s a strange thing to run straight at a pack of monkeys, wondering if they’re going to bite or attack you.  But once you do it once, puffing up your chest and trying to be fearless, and see them scatter before your feet, you realize that you have learned a major life lesson: when in doubt, Be the Alpha Monkey.  As long as you exude confidence, the others around you will respond in kind.  I applied this lesson when I subsequently ran through a group of Nepalese teenagers.  And I even used it the next day when I had to give a talk way over my head about methods of Bayesian MCMC analysis (I am definitely not a statistician, but apparently if you talk like you know your shit, know one else knows the difference).  You can really get yourself through a wide range of tight spots if you simply take on the role of alpha.  Puff that chest! 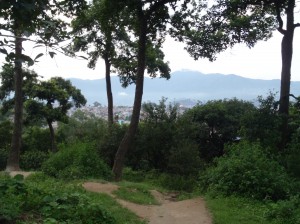 A lovely little running path once I'd escaped the monkeys

Some other pictures from our day in Bhaktapur, where we are currently running a project to study the effect of early nutrition and diarrheal diseases on childhood health, growth, and cognitive function: 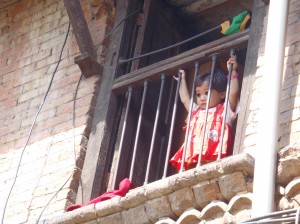 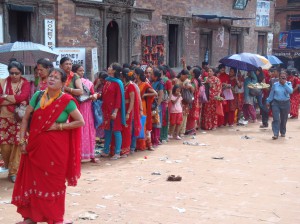 around every corner was a different kind of architecture

The Dwarika hotel where we stayed was amazing: 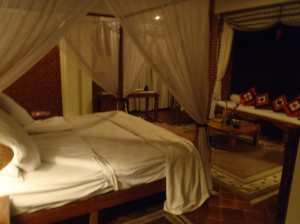 ps – in 2002 I went to Japan where my brother and I spent considerable time laughing at the signs surrounding temples and other tourist sights trying to help foreigners navigate the monkeys.  I don’t have any digital photos from that trip (10 years ago I was still using film), but there is a plethora of pictures on the web and here is a sampling: 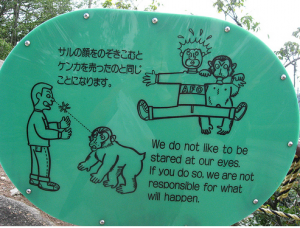 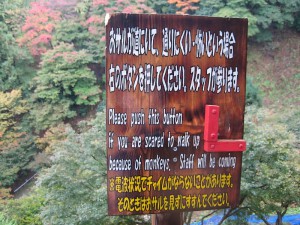