WUS celebrates 10 years of drinking beer, not getting arrested, and fitting in some running in there 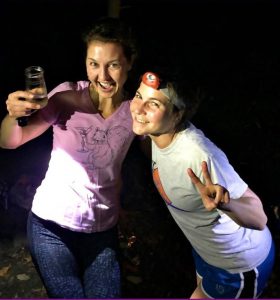 The Woodley Ultra Society running club has survived since 2006, owing to the strength of its core principle: trail running should be fun.  And preferably combined with tasty beverages and gooey pizza, in an establishment where the staff knows us well enough to not care that we stink. 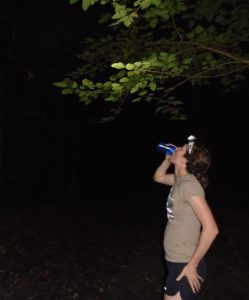 The Beer Mile is a sacred WUSsie rite of passage

Recognizing the importance of beverages in the history of WUS, we celebrated the tin anniversary with a Beer Mile, trail-style.  Kerry O. and Kirstin attended as the sole representatives of the original WUS group, which has mostly scattered to other nationally recognized trail running meccas like Bend, Frisco, and….Alexandria. 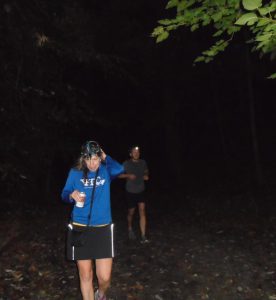 The high turnover of WUSsies means that newcomers are often the lifeblood of the club, and it was fitting that the Mile winners were both newbies.  Trevor B., WUS’s latest pride and joy, cruised to victory in the men’s race, even besting the JLD Donut King. 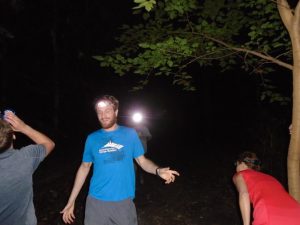 The fact that Sheila hasn’t WUSsed in a year appeared to be no limitation during her dominating victory in the women’s race.  But the Beer Mile is a race where the losers and winners pretty much get the same prize at the end: the chance to see Martha totally blasted out her mind. 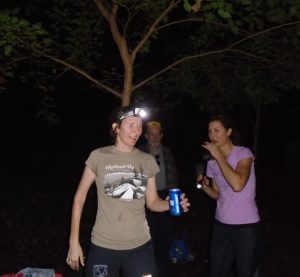 I continue my streak of vincibility 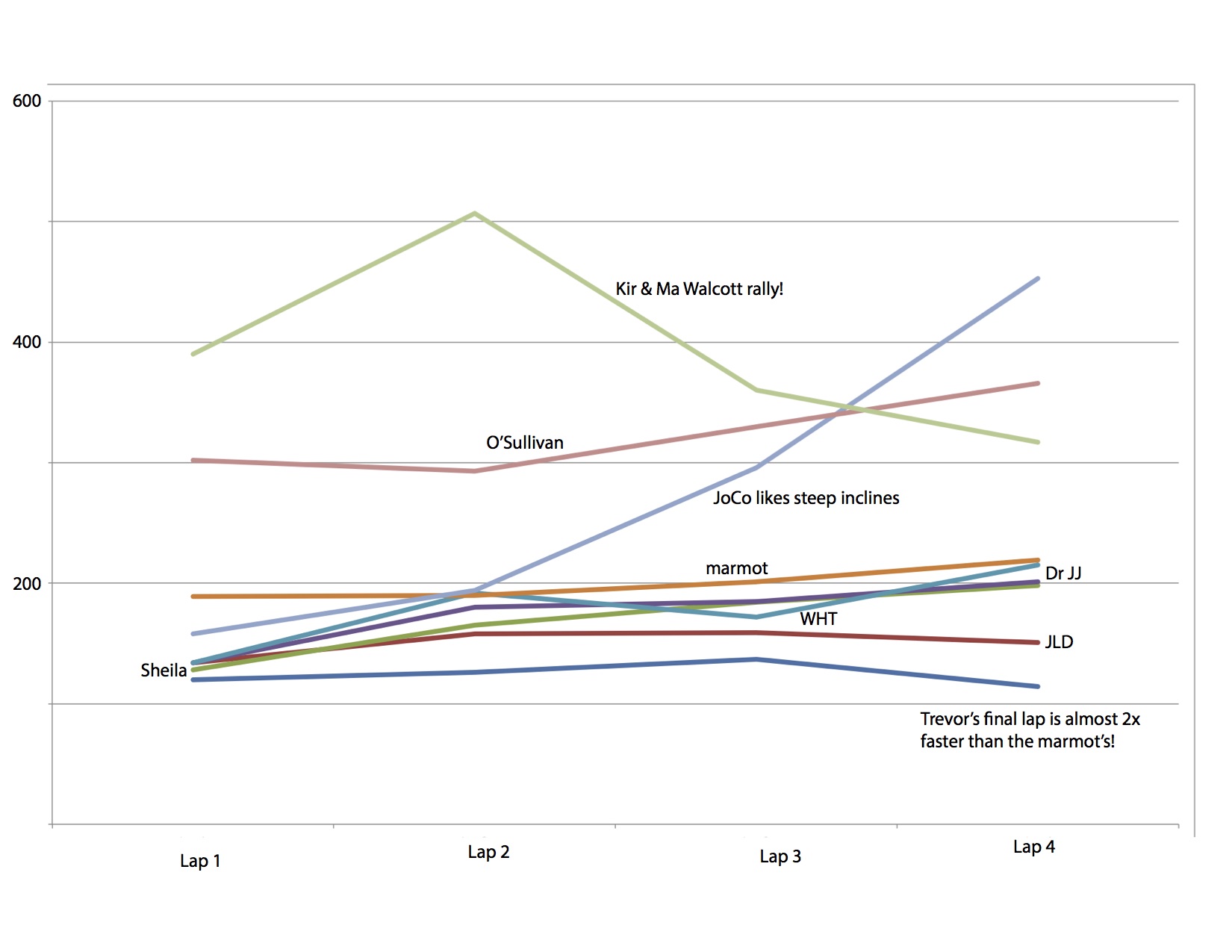 As commemoration of 10 years of WUSsies, we stretched our memories to come up with a top-10 list of WUS lore:

10.  Neal dropping a deuce in the fancy Georgetown house’s backyard in the final stretch of the Donut Run. 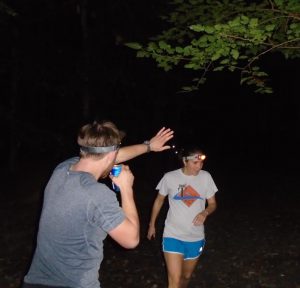 JLD’s high five attempt is no match for the super-focus of women’s winner Sheila V.

9.  The WUS when Aaron & co tried their best not to interuptus the coitus that was brazenly occurring along our WUS route. 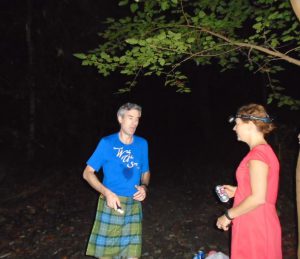 Julian and Kirstin debate who made the better fashion statement 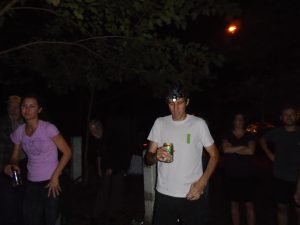 JoCo as always has the night’s best quotes

7.  The night Tom C. tried to get Matt to pass him the damn pepper.

WHT definitely made the right call busting out of work early

5.  The WUS when Joe and Michele were Uh, Just Looking at These Rocks Over Here.

4.  The moment when Nancy from the Track faceplanted over the final chain on the Glover Archibald Trail.  Trail fairies everywhere were extinguished in sorrow. 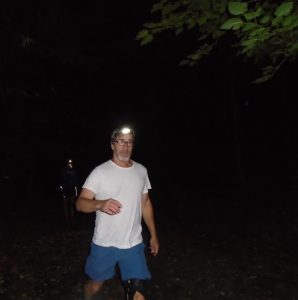 3.  Neal and Bobby collapsed beside each other at the finish line of the most Epic Beer Mile WUS. 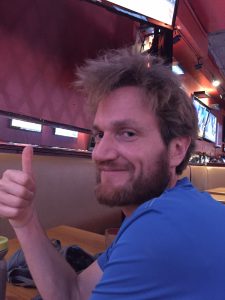 1. The time that Sean swapped his slightly-less-sweat-drenched shirt for Keith’s at CPBG so that Keith could keep macking unsuccessfully on waitress Kathleen.