Not a Masochist Jingle All the Way 8k

When I asked Philippe if there was a nice place to have a relaxed stroll, he told me of the beautiful land of ‘Sweetwater’ about 10k outside of the city.  If you try to google ‘Sweetwater Leuven’ you will get a bunch of Sweetwater locations in Texas and Georgia.  But I eventually figured out that Sweetwater translated to Zoet water in Flemmish.  I also discovered that the route to Zoet water looked like it went through some nice areas outside of the city with lakes and trails.  So I figured I would just take a backpack with some snacks and walk there.  If I was too tired to walk back, there was apparently a regular bus back to the city.  I had no map, no phone, but a general sense of where Zoet water lay in relation to the train line and river.  Zoet water ho! 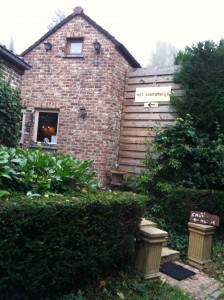 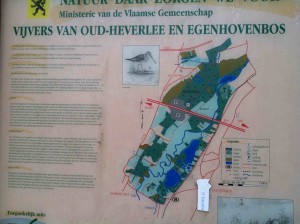 Maps in Belgium are conspicuously lacking the ‘You Are Here’ icon 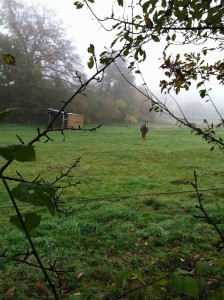 Hmm, I have no idea whether I’m anywhere close to the route to Sweetwater. But at least there are ponies! 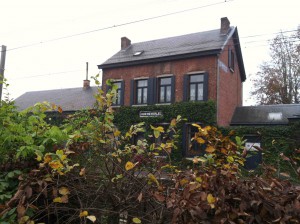 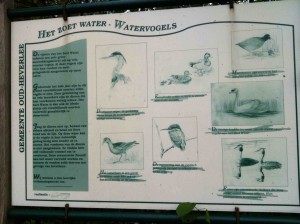 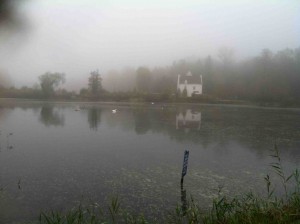 A dense fog rolls in…..I should really be getting home before it gets dark and misty 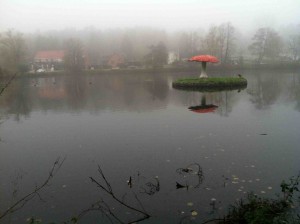 But wait, there are giant mushroom statues! 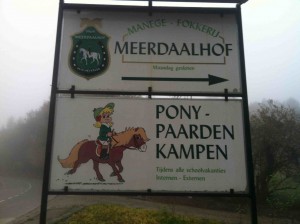 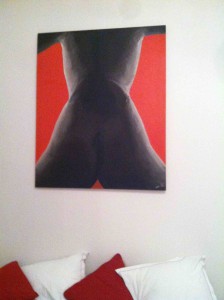 It was a harrowing journey back through the dark foggy woods, and I was so happy to return back at my hotel room (despite the ‘interesting’ painting over my bed)

One Response to Zoet Water