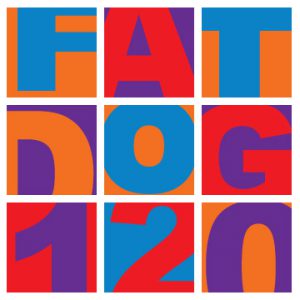 Outdoor magazine recently ranked the Fat Dog 120 one of the world’s 9 toughest ultramarathons.  Seemed like a good pick for this summer’s Wussie F.A.R.T. (Fun Adult Running Trip).  Julian won for Most Puking, Aaron won for Best Sidestep Ascent Style, Daniel won for Overall Most Suffering, and Trevor won for Best Overall Performance.  It was a tight contest between Nicki/Ann and Keli for Best Crew Team (for Julian and Trevor, respectively), but Nicki and Ann came out on top simply for knowing not to fly United.  Remarkably, all four Wussies finished and no pacers were murdered for talking too much. 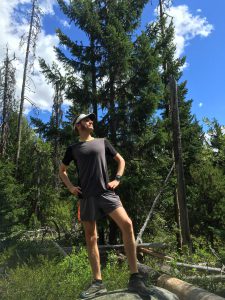 Our fearless leader into the Canada wilds

Aaron tricks a host of Wussies into thinking a race called ‘Fat Dog’ can’t be all that bad.  Four score and seven weeks ago, Aaron Schwartzbard had a vision.  The Wussies would make a pilgrimage to a distant land known as Canada.  In this remote land they would find a trail race of unsurpassed beauty and challenge.  The race would be very similar to a 100-miler, but for good measure there would be another 20 miles tacked on.  So the Wussies wouldn’t miss that lovely final 5,000 ft climb starting at mile 99, followed by eight false summits. 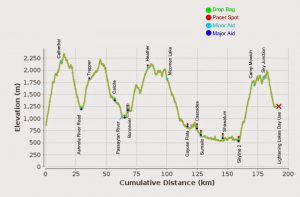 Julian and Trevor signed up for the 120 mile race.  Aaron would have loved to sign up for the 120, but still is suffering the effects of long-term Lyme infection and, to the great relief of his wife, settled for the 70.  Daniel also wisely settled for the 70, given that he hasn’t yet run a 100 miler.  The Marmot was very happy to be recovered just enough from her summer shin injury (Shinjury) to pace Trevor for the last big climb of the 120 (~20 miles). 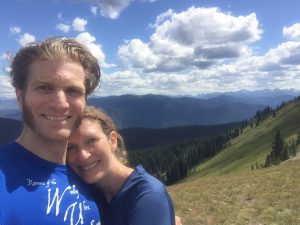 The Marmot just came along for cuddles

When faced with an enormous challenge, the Wussies resorted to multiple strategies for getting through the race with non-functioning limbs, some of which Daniel describes vividly in this clip:

Wussies are generally not pole people.  Maybe it’s the East Coast culture, where mountains aren’t as big and poles just seem to get in the way.  But poles turned out to be extremely useful on the very tough climbs at Fat Dog.  The 70 milers ended up wishing they’d had poles, and Daniel made makeshift versions out of sticks he found.  Until one of the aid station volunteers burned them.  Definitely one of Daniel’s low points during the race.

1. Fat Dog fully lived up to its reputation for toughness and beauty.  Here’s a little clip of some of the beautiful scenery: 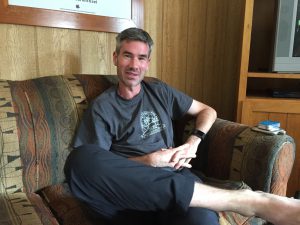 Of all the Wussies who went to Fat Dog, Julian was unanimously voted pre-race as Most Likely to Succeed.  Julian has finished Hardrock four times.  He’s finished loops of the Barkley.  If there’s anyone who can get through a long, tough mountain race, it’s our man Julian.

But anyone can have a bad stomach day.  Despite having the first-class crew/pacer combo of Nicki and Ann, a pair of delightful Canadian women Julian recruited to his cause, Julian’s race consisted of three non-winning stages: (1) nausea, (2) puking, and (3) ultra calorie depletion.

‘Guess that guy’s living the dream, then,’ the runner commented to his pacer.

Apparently Daniel spent the majority of his Fat Dog 70-mile race trying unsuccessfully to drop out at each aid station.  The Canadian aid station volunteers’ words of sincerest encouragement apparently strangled each of Daniel’s efforts to quit.  The result was a 24+ hour torture-fest but many hilarious soundbites for the Wussies to enjoy at Daniel’s expense (see Methods).

4. Trevor (33:56, 13th overall/10th male – 120 miles): Trevor is the only Wussie to have a ‘good’ race, ostensibly due to sound gear selection, excellent crewing from wife Keli, and a surprisingly disciplined pacer over the last miles. 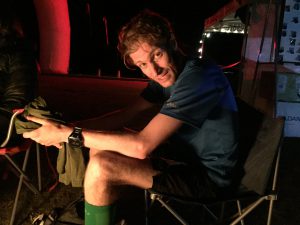 Aaron gets the job done and even gets a surprise at the finish line. 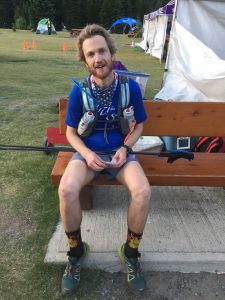 Trevor is quiet.  Despite running regularly with him for almost a year, the Wussies are still trying to tease apart Trevor’s seeming contradictions.  How can someone be so reserved and so funny?  How can someone drudged through a St Alban’s/Princeton/finance douchbag-in-the-making upbringing be so unpretentious? 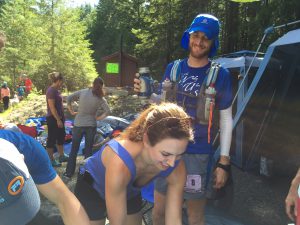 Sure, over the course of six hours crewing with Trevor’s wife Keli and seven hours of pacing Trevor through the last 20 miles, which included my favorite trail game Three Truths and a Lie, I got a few more clues about this inscrutable Trevor creature.  But I also stumbled across more mysteries: how the heck does someone who trains 40-ish mile weeks in Rock Creek Park go out and crush a grueling suffer-fest of a mountain race like the Fat Dog 120? 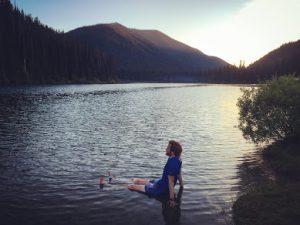 One Response to Fat Dog