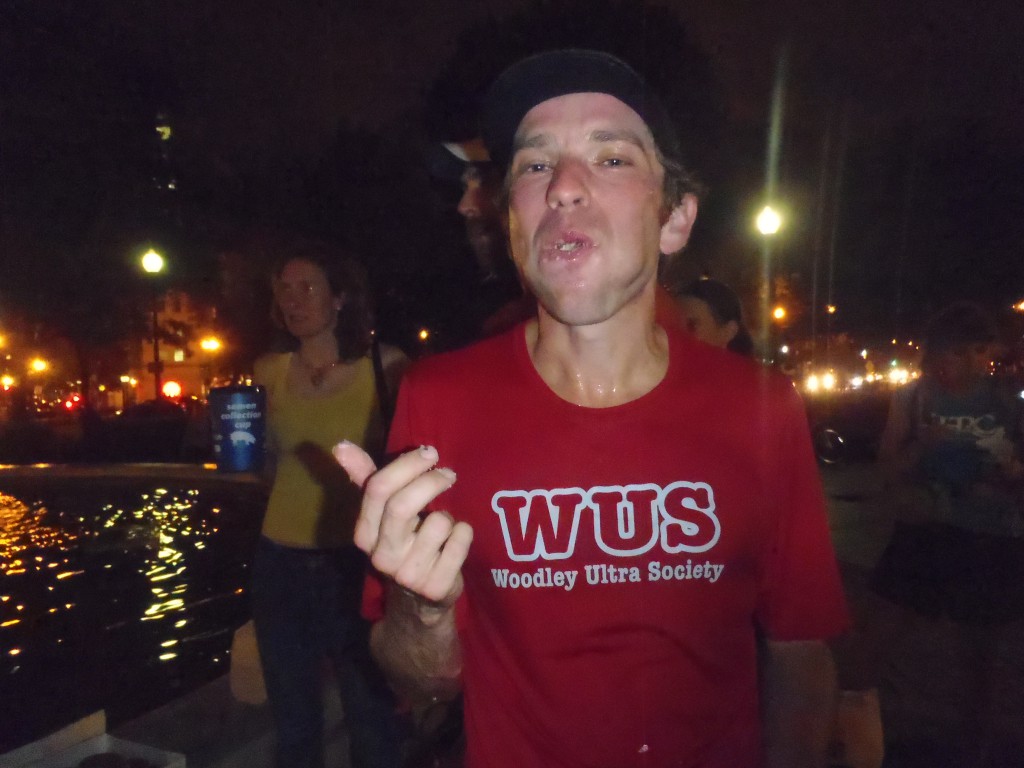 With only one day to go before the WUS Donut Run of Champions (DROC), it seemed that the WUSsies were living up to their name.  Robin & Kirsten had shown donut spirit, but no male freely dared to challenge Neal Gorman’s feats of sugary domination from last April: we assumed Adam didn’t have a choice, Sean was moaning about excess patent work, Doug was infatuated by his Ben & Jerry’s, and Keith was leading a rival run to promote sugary temperance.

But on race day the WUS responded to Neal’s call to arms (http://www.twitvid.com/61YZT). Jon L-D had run DROC’s sister run, UROC, just days before, and was nursing a bruised foot. It was not until the middle of the afternoon that he confirmed his participation in DROC. Sean was able to put aside the drill bit reviews for an evening of running and junk food consumption (which, truth be told, is a fairly standard evening for Sean). The ringer of the run, though, was Matt W, having had several weeks to recover from his dominating performance at the 100k world championship race.

Several donut run groupies gathered at the fountain in Dupont Circle, eagerly awaiting the arrival of the first runner. Martha, Aaron, Ryon and Tom were joined by Kerry, who brought a pint of Ben & Jerry’s, so Doug could take the ice cream option for the run, and several more pints in case anyone else chose to do the same (Keith & Mario swung by during their WUS Normale to dip into Kerry’s ice cream). 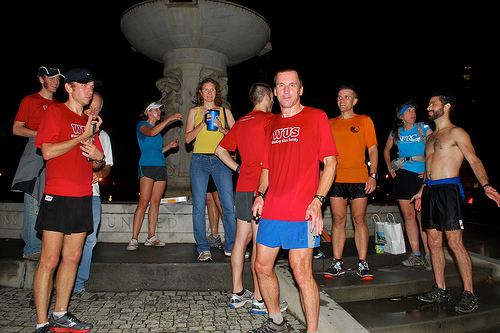 The first runners to arrive were Jon L-D and Neal, neck and neck.  JLD got an early jump on the donut eating, but Neal’s strategic use of the Semen Collection Cup helped his later donuts go down extra smooth and he left the Circle first.  However, the donut bitsies churned up some activity in Neal’s intestines on R Street and someone’s yard got a little present there, allowing JLD to pass and finish victorious in a new record of 47 minutes.

We had considered Matty Woods to be a strong contender, but he forgot his light and tagged along with Sean, whose decades of junk food consumption should have poised him to seriously challenge Neal & JLD (apparently some long nights in the patent office during the end of the fiscal year set him back a notch or two).  Matty recommended that we up the donut intake to 8 at least — 6 was trivial. 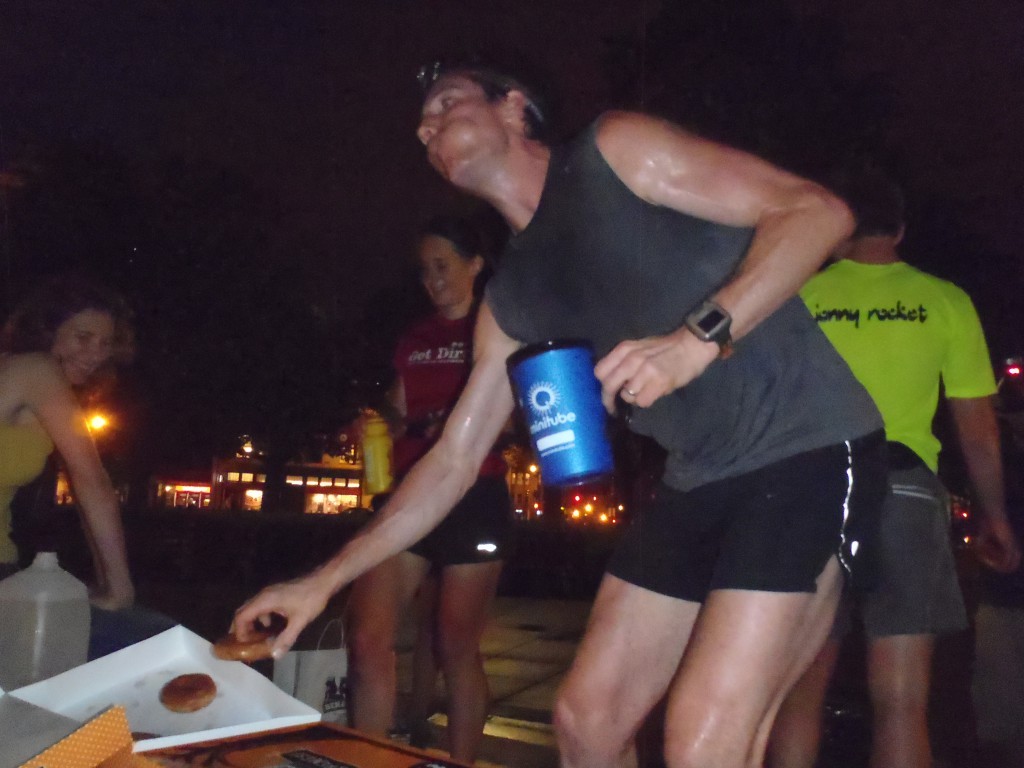 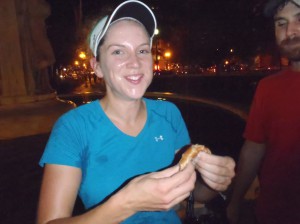 Adam was a gentleman and waited for his fiance Robin, who stole the ladies championship, redeeming last April’s beer mile spewfest. 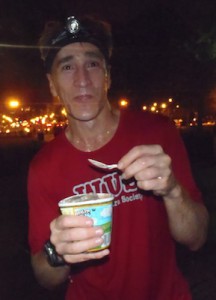 Doug found his pint of Ben & Jerry’s to be considerably more difficult to scarf than he’d imagined.

Since Seanie hadn’t RSVPed and we hadn’t bought him donuts, we had to make an emergency return trip to Krispy Kreme to get Kirstin donuts, although this turned out to be fortuitous because Jeff Reed also late-showed and needed 6 sugary goodnesses as well. 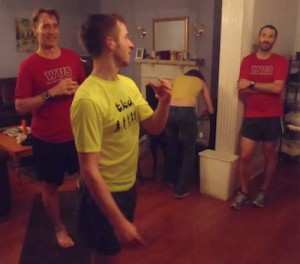