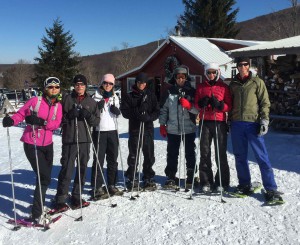 There were a lot of new faces at SSFIII this year.  There was Sarah Wright, fresh off of hip surgery. 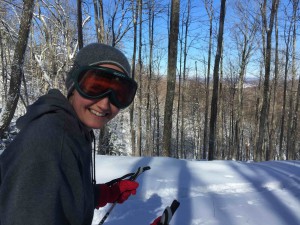 This was Cecily and Ben’s web redemption from their snowless New Year’s visit. 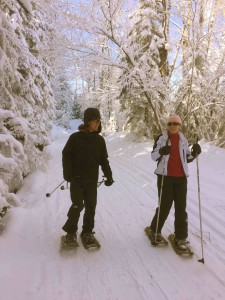 Over 14″ of snow had fallen in the last week and it was a winter wonderland. 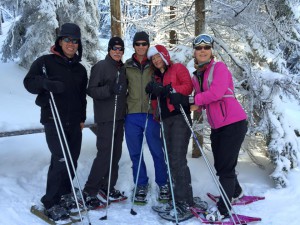 The towering conifers in Stone Coal flats were a definite highlight. 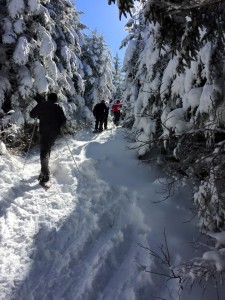 The thermometer read 6 degrees in the morning, bringing out the Mad Bomber hat.  But bright sun, not a cloud in the sky, and it got pretty roasty toasty on the climb up to Bald Knob. 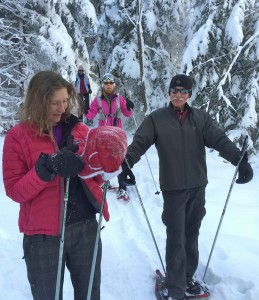 Mad bomber hat had to come off from time to time 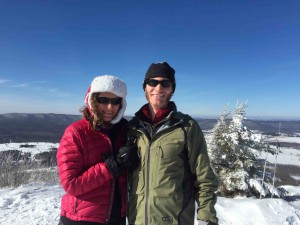 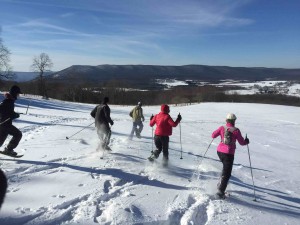 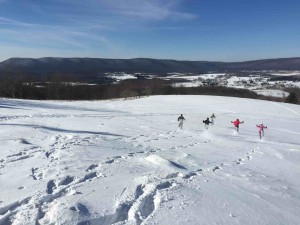 One Response to SnowShoeFest III