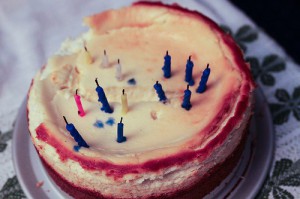 my drunken attempt at 3-0 [Photos courtesy of Bobby Gill] 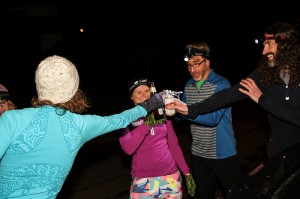 The 3rd WUS Beer Mile was held in honor of Boots’s 30th birthday.  The National Cathedral cops had kicked WUSsies off the grounds for their Thursday night PUSH group (I think they objected to Tom C’s chains workout).  So we opted for a new locale: my parents’ house in Chevy Chase, which sits nicely on a 0.3 mile loop. 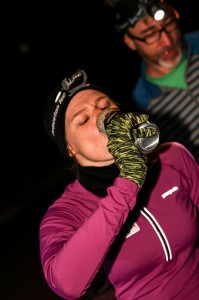 In the winter weather, only of the hardiest of WUSsies came out to play.  Bootsie powered through to a resounding Beer Mile victory.  With Neal and Bobby out of the running, Pat cruised to become the 3rd male champion of the WUS beer mile.  We didn’t have so much in terms of runners, but we had ample photographers, beer-hander-outers, traffic directors, and race timers. 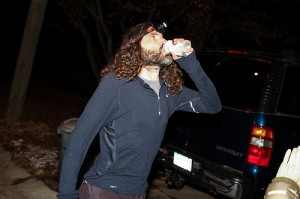 To celebrate, Momma Jill hosted a raging party at casa Nelson, complete with New Haven pizza, Bootsie’s homemade cheesecake, a killer Lion King soundtrack, and a fierce game of pool involving no individuals sober enough to sink any pockets.  At least we weren’t tempted with any of those lethal Cactus Cantina margarita pitchers. 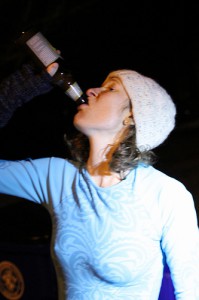