Spring is Sprung Boot and Rally

While most of the VHTRC was running Bull Run Run 50 or North Face 50mi/50k/marathon/half marathon on April 9th, a small renegade faction was in Shepherdstown, WV for what could be the most under-rated trail race in the area: Race for the Birds 5k/10k. 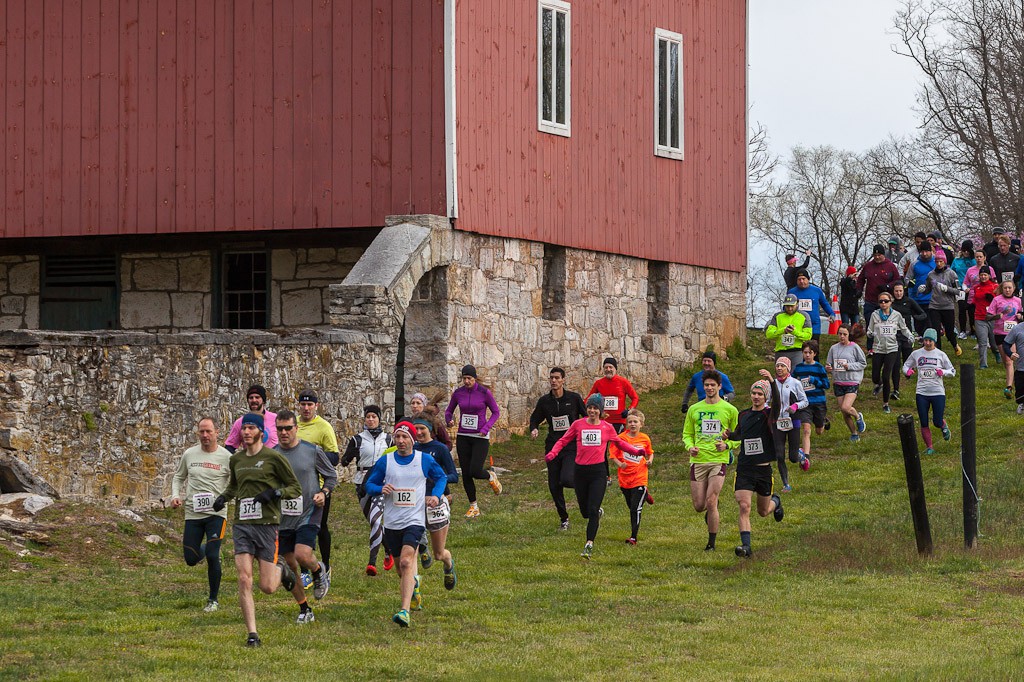 Race for the Birds has all the elements of what we love about trail racing: beautiful challenging course, great people, informal/low cost/easy logistics, great cause (Potomac Valley Audubon Society).  It also happened to have kick-ass photographers from the Antietam Photographic Society [Aaron’s leading this pack here in green (379), I’m a bit obscured behind in blue (369), and Cecily’s is easy to spot in bright pink in the center (403)] 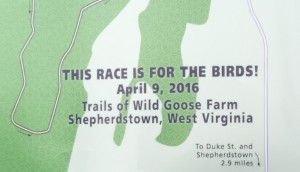 The last time we’d done the Race for the Birds was in 2013, when Doug and Kerry joined the Nelson clan for the famed tradition.  But in January 2014 my parents’ vacation house in Shepherdstown burned to the ground (cause unknown).  They quickly set upon building a new house, but not quite in time for last year’s Lobsterfest, which was held in Chevy Chase.  So this year we braved the dire weather forecasts (snow in April?) to make a triumphant return to the Race for the Birds in Shepherdstown, WV.   While BRR and North Face apparently got drenched with freezing rain, we had clear conditions in Shepherdstown and R4B was delightful.  Even Momma Jill admitted the weather was ‘fine’. 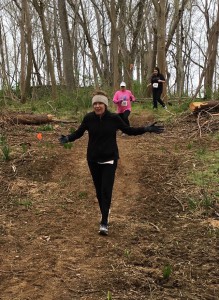 One of the best things about R4B is that it’s a family affair. Here my mom’s burning through the 5k. 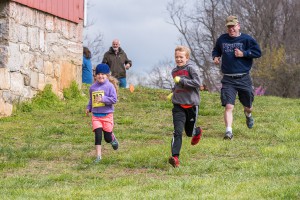 Speaking of family affair (we don’t know these people. but they’re sooo cute) 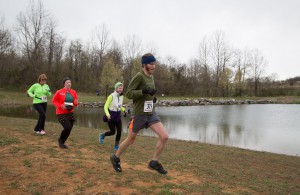 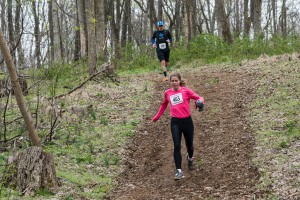 The tough, twisty, rutted course took me and Cecily back to the good ole days of high school xc. 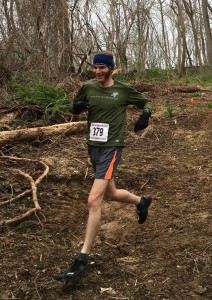 Aaron won his age group in the 10k, 4th overall 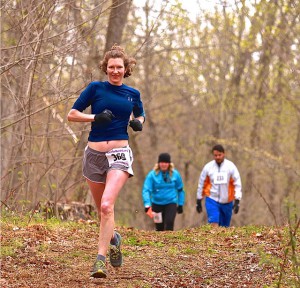 I won the women’s 10k race, earning a free pair of Lens shoes at Two Rivers Running (no, the belly shot is not intentional, it’s a quirk of my tightly-fitted UA shirt) 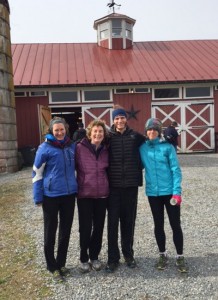 Mom rocked her 5k, despite finding the rutted fields and steep hills challenging (there was no actual trail, they just mowed); Cecily did a whole bonus mile but still almost won her age group 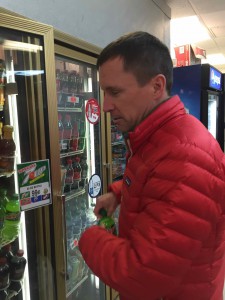 Poor Sean couldn’t run because of his knee surgery last week. But he was happy once he got his Mountain Dew, Breakfast of Champions 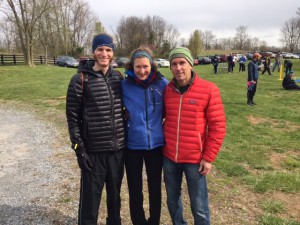 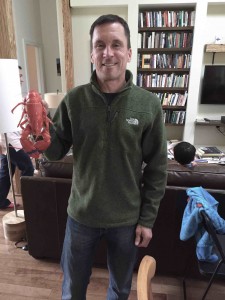 Sean was rewarded for his efforts with a home-cooked lobster, trucked down from Maine 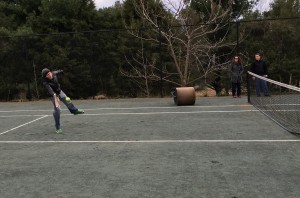 Tennis is hardcore at Lobsterfest 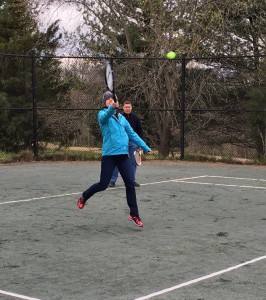 Sarah W had plenty of energy for tennis after skipping R4B 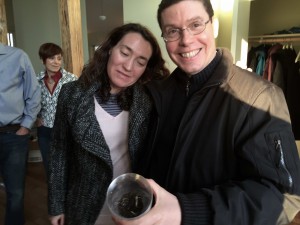 Cecile and Bernard were the proud victors of the Bug Hunt 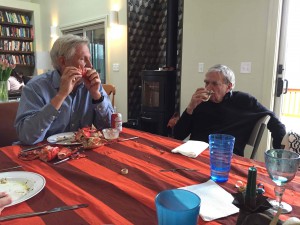 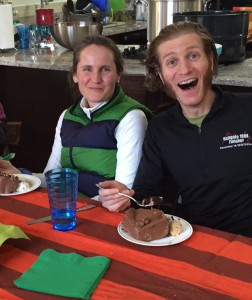 No birthday is complete without cake + Nutters ice cream 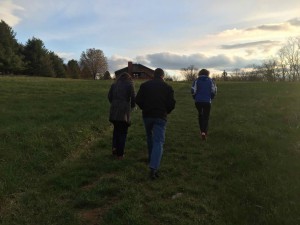 We ran, we tennised, we eagled, we lobstered, we bug hunted.  New house, old traditions.

One Response to Lobsterfest 2016