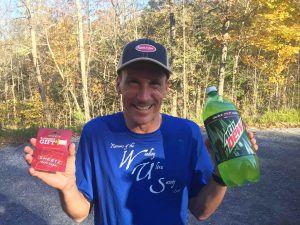 Sean is leaving Leesburg.  For real.  2016 really is the year of low probability events. 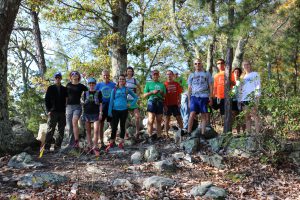 Are we thrilled that Sean’s going to wake up every morning with a view of the Rockies?  That he’ll never miss a day of fresh powder for the rest of his life?  That he’ll live in a town where he can walk to a coffee shop.  Or a bar.  Or, hell’s bells, refill a prescription all by his little self.  Where a free shuttle bus will whisk him from Frisco to Breck faster than Sean can down a mountain dew. 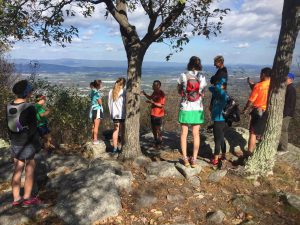 Signal Knob overlook: one of Sean’s favorite spots in the ‘nuttens

But does my stomach pang every time I try to imagine running Magnus Gluteus without Sean?  Or Catherines.  Or Race for the Birds.  I’m trying not to think about it.  Sean loves trail running more than anyone I know.  He laughs harder than anyone I know.  Maybe the two have to go together, given how frequently Sean end-os on those rocks. 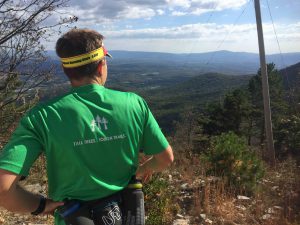 Keith wistfully recalls what he refers to (in front of his wife) as The Best Days of My Life, living with Sean in the WUS house 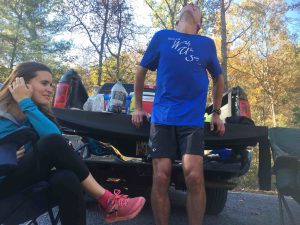 Did I mention Sean likes to laugh?

So how does a runner cope with sharply conflicted emotions?  Why, alcohol, of course. 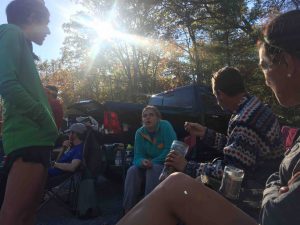 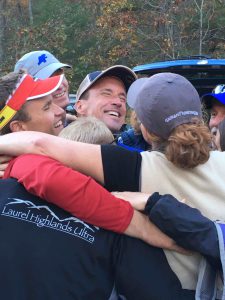 The 10 mile loop up to Signal Knob was just long enough to justify the long party in the Signal Knob parking lot.  Sean’s been recovering from last spring’s knee surgery all summer, so it’s been a while since we’ve been able to chase him down rocky trails.  Or, should I say, watch him whizz by like the Flash and dissolve before our eyes into the trees. 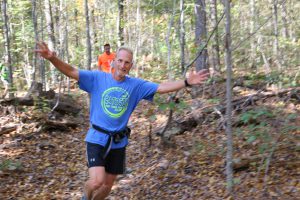 Zubs finds a younger self 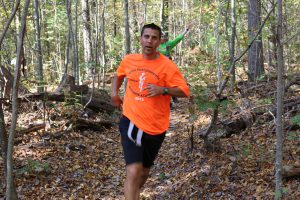 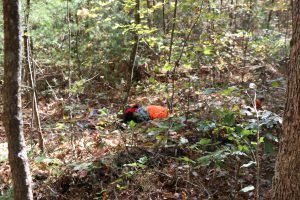 Sean brings out the younger versions of folk, and even old-man-chronic-back-aches Zaruba was flying down like a spring chicken.  And speaking of recoveries, a highlight of the day was definitely seeing Schmidty hurdling over those rocks as if his pelvis had no idea it was being held together by a long piece of metal.  Sean told me Brian could hike 4 miles.  He did 8. 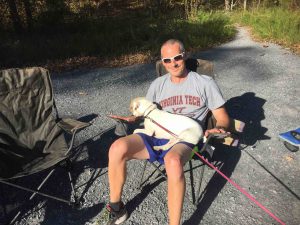 Brian was a Sugar magnet 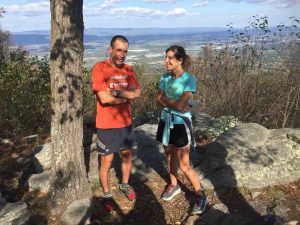 Heather and Sean go waaay back

All hell broke loose when Sean cracked open a bottle of fine Spottsylvania bourbon in the parking lot.  For future events, we should coordinate and make sure only one person brings a bottle of bourbon.  Mr Corris won’t be making that mistake again. 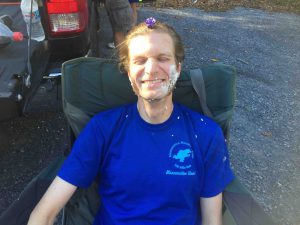 Aaron falls victim to the second bottle of bourbon

We spent a chunk of the afternoon trying to convince Zaruba to spend more time with us in DC.  If we can’t have Sean’s giggles, can we at least have Zubs’s stories? 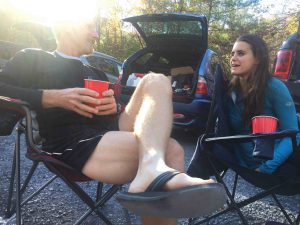 Zaruba retells the iconic story of the inversion table 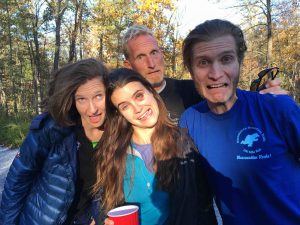 Nobody does the ‘creepy Greg’ impression better than Greg

Truth is, I know we’ll still be seeing plenty of Sean, perhaps as much as I see him these days in Leesburg.  I promise, on the sacred paw of my cat Leda, that I will try in earnest to make it out to Frisco 2x a year (winter and summer), and I will set-in-stone make it out once a year.  In return, Mr Andrish, you should know by now that I will not forget your promise to visit DC once a year.  DC sure is nice in April and May during Frisco’s dreary mud season.  And we got Promise Land, Race for the Birds, Lobsterfest…. 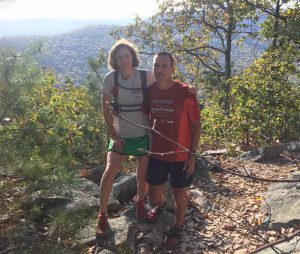 One Response to Ch-ch-ch-ch-Changes