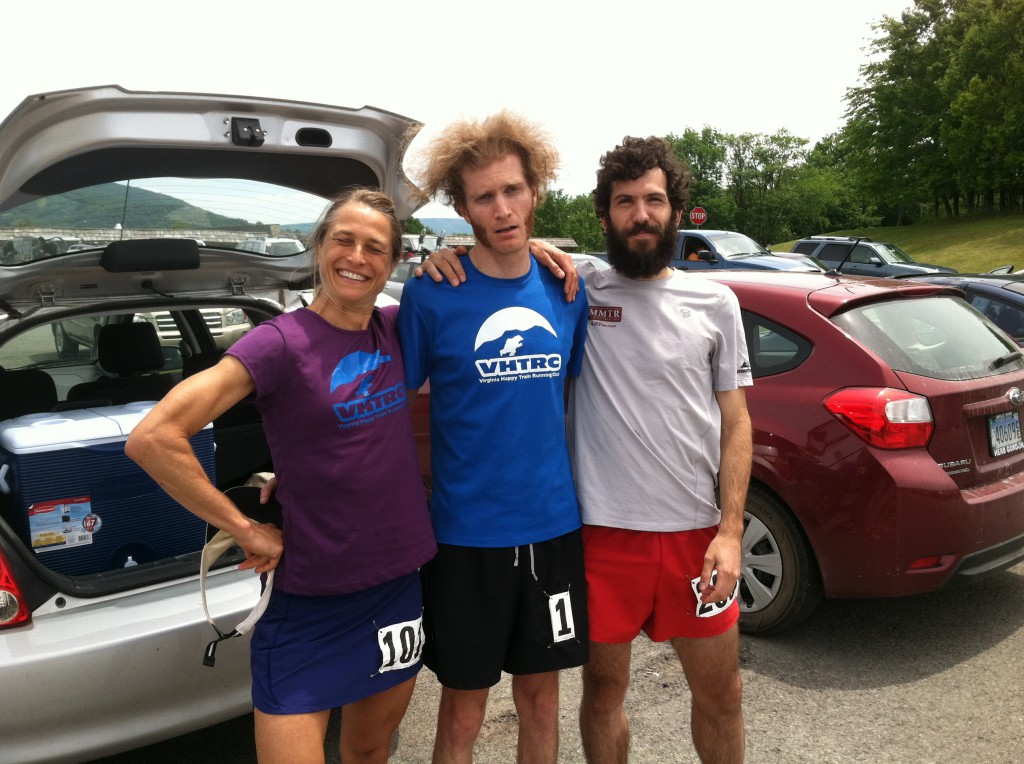 Pretty much everything you need to know about Highland Sky is written in this picture: Ragan rocked it, setting a new CR in 7:03; Aaron pulled out a remarkable 11th place having run less mileage this spring than he typically covers in the first two weeks of January, but undeniably suffered for it; and Brian snagged the last top-5 spot in his HS rookie debut.  I paced Brian from mile 32 (finishing the course from where I dropped out last year), and then swung around again to run the last mile or so with Aaron.  The last 4 miles of HS are on some long, lonely, sun-exposed roads, and I was happy to be able to cheer up that otherwise miserable section of the race.   As Aaron and I were running, Aaron mentioned that he’d been running earlier in the race with a guy who recounted a story about last year at HS how there was an escape horse on the trail early in the climb and how a girl had asked him if it was his pony.  Aaron admitted that yes, he knew that girl.  I later reunited with the guy at the finish line and admitted that I was the pony line girl.  Anyway, I’ll leave these champions to tell their own stories.  Aaron has promised us a perfect sonnet. 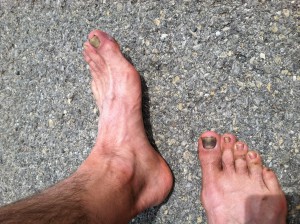