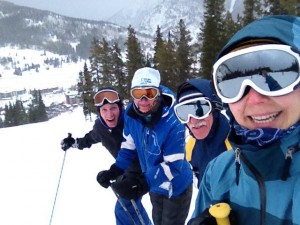 You know we had a pretty fine ski trip to Colorado when Aaron and I spent our last hour in the Denver airport searching Frisco condos on Zillow.  No, we can’t really afford a 4th house — we ain’t no Kerry Owens, at least not until ActivTrax hits it big.  But we sure can dream. 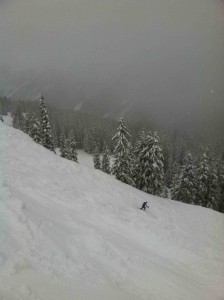 Jean Claude and I hit the Resolution bowl

Day 1 we joined Aaron’s ski champ mom and her friend Kay at Vail.  The snow conditions in Colorado are phenomenal this year.  Kay was dismayed when I, as an East Coast ice skier who is entirely unfamiliar with powder conditions, spent the first hour of the morning griping about how tough it was to maneuver my skis in the thick snow.  But pretty soon I was lovin’ the soft cushion — and so were my knees~ 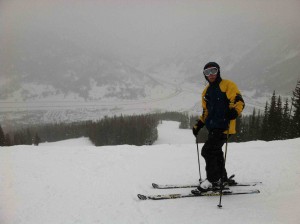 Day 2 we shuttled over to Frisco to meet up with the FUCers.  Kerry and Doug had their plane delayed by the DC snow storm, but Torstin had made it out, and the four of us hit the slopes.  By Day 3, Aaron and I had decided that we should show Tom some of the trails beyond Soliloquy and dragged him to a part of the mountain with lots of blue trails.  But with the heavy snowfall bumps had popped up everywhere, and Tom got a bit more than he bargained for.  Fortunately Tom was a good sport and all the FUCers survived unscathed.

Doug and Kerry finally arrived in time to join us for breakfast before we had to jet home.  But I’ve got a conference June 1-3 in Fort Collins, so maybe we can all ski together in the spring bikini weather later this spring.

One Response to February FUC