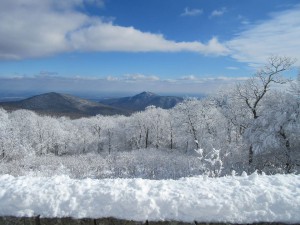 A White Vicki’s Death March in Shenandoah [this awesome photo is from John; all the rest of the awesome photos are from Keith] 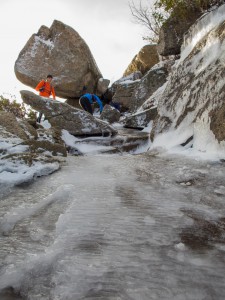 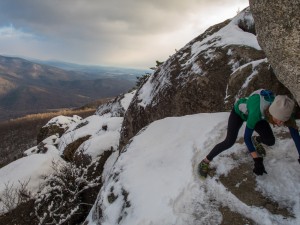 It was bloody cold up there, but fortunately Keith had taught me how to stick my hands down my pants. 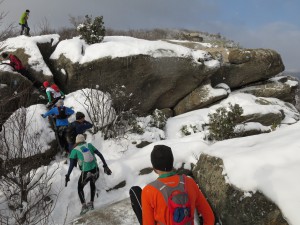 No joke. It took us an hour to cover one mile. 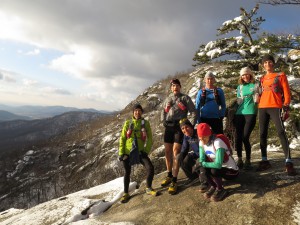 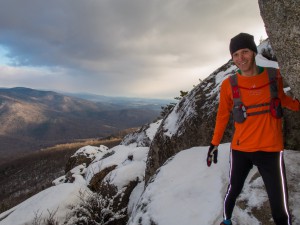 Aaron was especially happy to be taking a breather from the Six Days of Thanksgiving FamilyThon! 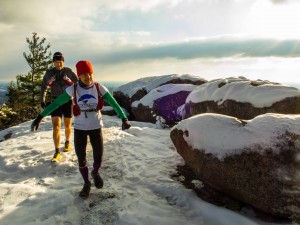 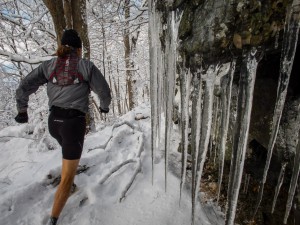 I don’t know how Keith takes pictures while running on snow/ice without killing himself. 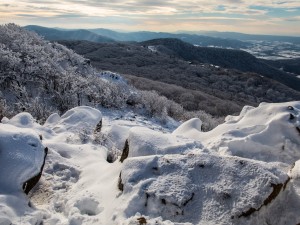 Aaron and I kept to the original course, tromping through six inches of snow in places.  Tough going at times, but winter was in the air! 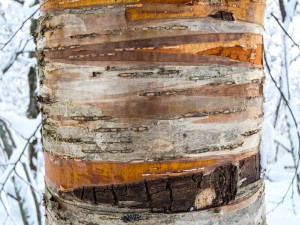 The Finnish side of me digs this 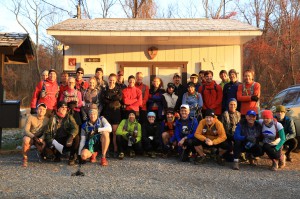 So here’s the one story I’d like to tell from VDM.  After a very long day of snow and ice, Aaron and I were running the last half mile on the road back to the parking lot.  Others had taken the quicker way on roads, and we figured the parking lot would be mostly abandoned.  ‘No, I reconsidered, I bet Gary and Q will still be there shooting back Knob Creek.’  Sure enough, the parking lot was pretty sparse and the light was getting dim, but much to my delight there were Gary and Q, right on call. 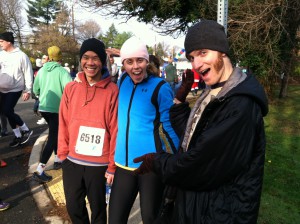 Our other Thanksgiving tradition: Cecily and Ben were the guest stars of the Bethesda Turkey Chase