WUS Weekend at the Chophouse 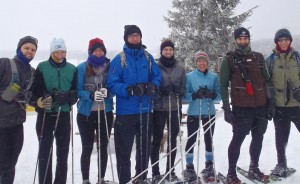 The Tuesday before the planned WUSsie escape to Canaan the slopes were grass.  But on Friday and Saturday the valley delivered.  Snowshoeing for all! 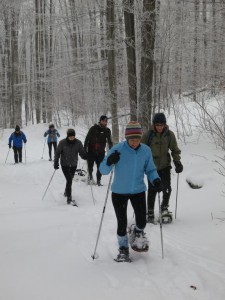 Another version of the ‘Aaron Special’: a seven-mile snowshoe loop around Whitegrass [photo courtesy of K Knipling]

It was pretty darn cold.  But Keith taught us how to keep our hands warm. 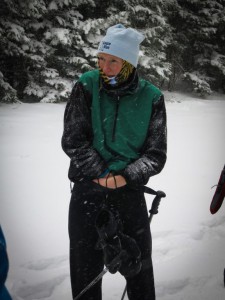 Hands in the pants! [photo and hand warming technique courtesy of K Knipling]

After hauling his sled for six hours through the mountains (he’s training for Iditarod in February), Adam was treated to a very special snow pony. 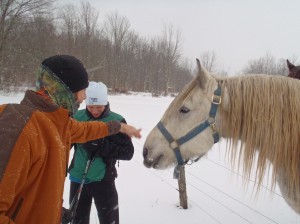 On Sunday the skies cleared and we were treated to a beautiful, sunny snow run. 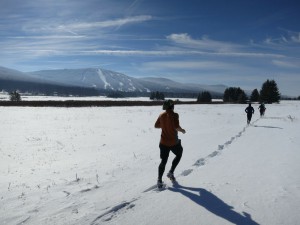 Keith was kind enough to carry the snow pony snacks in his pack.  Out of his pure love for the ponies. 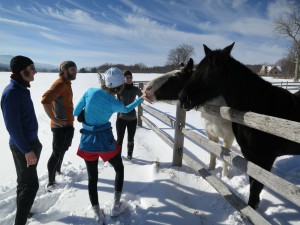 Martha, are you sure snow ponies like bacon? [photo courtesy of K Knipling] 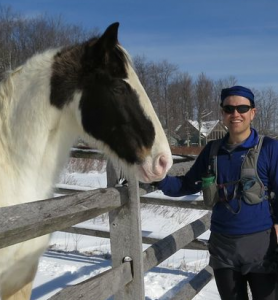