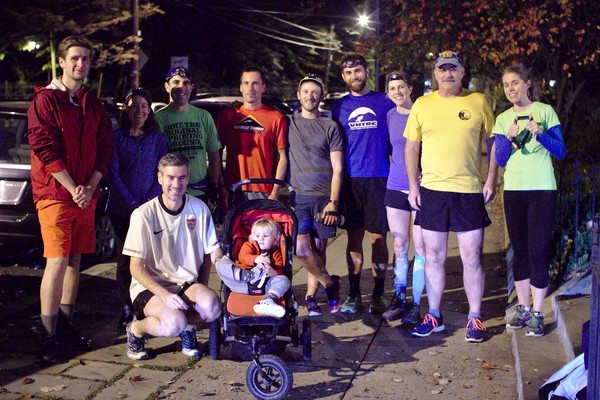 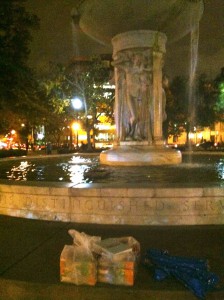 the calm before the storm 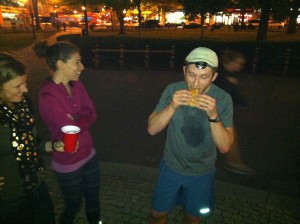 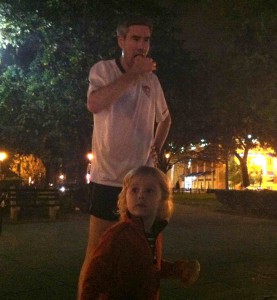 Aras contributed with 1/10th of 1 donut 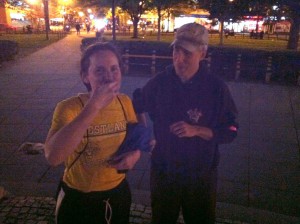 Sarah & Scott knew they could show up whenever they wanted and take their merry time, since Sarah’s had an in with the RD ever since she saved her ass in Vietnam (’04, not ’68)

Bobby G (not to be confused with the Bobby G of paleo/crossfit/underwear fame; the NEW Bobby G is our fresh-from-Amherst NIH intern who runs on actual streets and sometimes even when there are no photographers) (1:24:57)

Lisa (aka, girl who Jared hasn’t scared away yet, despite being forced to eat donuts while running *the farthest distance she’s ever been made to run*. EVER) (1:45:28)

Sarah (after timing mat had been removed)

Scott (after timing mat had been removed) 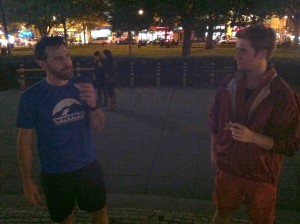 Adam tries to convince Bob that, at age 22, this is his donut-munching prime.

Amanda Hicks (course markings: first year where we had no one get lost~) 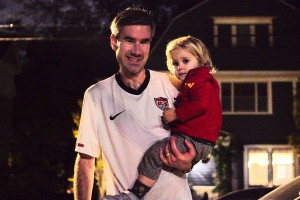 Aras promises to pull his weight next time.

One Response to DROC 3