Return to Catawba Pussies Fly Together

My life does not center around running, or science, or even kitties and ponies: anyone who knows me is well aware that my world revolves around one thing: food.  Part of this is purely physiological: it is jaw-dropping to observe the difference between an underfed Martha (curled up in a ball sobbing on the floor) and, moments later, a well-fed Martha, springing through the meadows.  This is a trait common along my mom’s side of the family, but particularly pronounced in me.

But I also have what can only be called a passion for food.  My mom still thinks that I’m a picky eater because I refuse to eat mayonnaise.  But since childhood I’ve had a voracious and diverse appetite.  As a kid I would down several lobsters in a single sitting.  My record is 4 1.25-lb lobsters in one dinner.   Today I love calf’s liver and raw oysters and sweetbreads and sea urchin (although I’m picky about where I’ll eat some of these; a lot of Japanese restaurants feel compelled to put uni on the menu but little is more revolting than bad sea urchin). 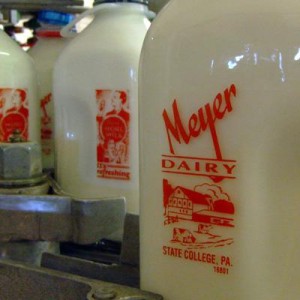 Given the hold that food has on my mood, I’ve really struggled to enjoy recent VHTRC events, which seem to have mistaken fancy and complicated for high quality food.  For me, the absolute ultimate in food is represented by Meyer Dairy in State College, PA.  I have an obsession with throw-back ice cream places, and Nutters in Sharpsburg, WV also has a place in my heart.  In DC I’ve been a devotee of Max’s in Glover Park, and I am forlorn that Max’s is closing after decades because he essentially got kicked out by his landlord.  Darn capitalism.  I’ve always been perplexed by how hard it is to find good ice cream in a city (even New York City is a struggle), but I guess the premature departure of Max’s kind of shows why. 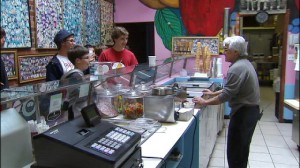 I’m not so into reading food critic reviews and investigating.  What really beats my drum is the random food find when we’re somewhere where we least expect it: that pulled pork sandwich across from the gas station in Southern Utah, the ragu we had skiing in the Dolomites, the fish restaurant in Lima…..  My dire need for food sometimes is a blessing in disguise, forcing us to try off the beaten path places before I turn into a pumpkin. 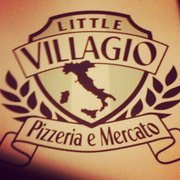 clifton is stepping up its game

For example, today we discovered Little Villagio, only because I was so desperate for food after a run in Bull Run that Aaron stopped in Clifton, VA sheerly for its proximity to Hemlock.  You know that I’m in a dismal state when I can’t even muster up the drive to go Wegmans.  Wegmans is up there with ice cream, ponies, and kitties in my list of obsessions.  Wegmans is particularly close to my heart because the store in State College got me through the three years of my PhD.  But I’ve been recovering from a bout of illness, I’m PMSing like mad right now (which has major immunological and physiological effects), and my Chipotle from last night wasn’t sitting so well, so I was feeling pretty queasy after our jaunt from Hemlock to Fountainhead and back.  But I knew that I’d feel better with food, and felt like I could get something like a slice of pizza down.  As we were returning home through Clifton, Aaron spotted a little pizza place, which I eagerly agreed to check out.  When we walked in I knew we’d hit money.  My stomach couldn’t handle any toppings, so we just got a margherita.  As bad as I was feeling, the pizza was still divine.  Apparently they just opened in October.  Introducing our new official Pizza Run.  We will be BACK.

Here are some other local places I was lucky enough to have discovered: 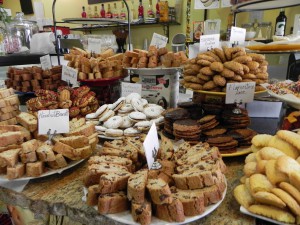 cornucopia: living up to its name

Cornucopia in Bethesda, for the most fantastic Italian sandwiches.  So simple, just a touch of balsamic and olive oil on my prosciutto and provolone, maybe some roasted red peppers if I’m feeling frisky.  But the BREAD.  Vace in Cleveland Park is a great little Italian deli that I feel lucky to have within spitting distance.  But the sandwich at Vace can’t hold a candle to Cornucopia, and it’s 100% because of the bread.  I know we can’t take food opinions from a guy who likes hotpockets, but even Sean admitted that it was the best sandwich he’d ever had. 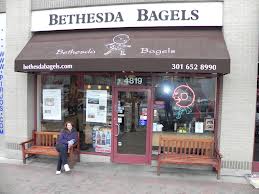 Aaron and I are lazy bears.  We think every week about joining in Keith’s new running series in the park on Sundays, but we just don’t get out of bed in time.  We laze around the house all morning and from time to time make little mumbles to each other about how we should probably go run before it’s lunch time.  Because if noon rolls around then I’ll have to eat again and then we’ll have to wait for me to digest and there goes the day…….  But we’ve hit on a nifty trick to motivate ourselves out the door on weekends: the Bagel Run.  Bethesda Bagels has by far the best bagels in the city.  There used to just be a small store in Bethesda, but now there is a location in Dupont as well.  If you want to get a bagel in a timely and efficient fashion, I would *not* recommend Bethesda Bagels in Dupont.  You have to navigate a minefield of trendy Millenials and disorganized staff to get your most delicious bagel (Aaron gets the egg and cheese sandwich, I opt for the lox and cream cheese bagel).  Instead, Aaron and I usually wind our way north up the Valley Trail to Meadowbrook Stables, continue along Rock Creek to link up with the Georgetown Branch trail, and the GBT dumps us off seconds away from Bethesda row and our doughy destination.  If it’s warm, we’ll eat the bagels outside, or get tea at Barnes and Nobles to warm up.  Then we hop on the metro in Bethesda and ride home to Cleveland Park.  If we want to run Potomac Heritage and go to the Dupont store, we can generally amble back up Connecticut Avenue even after our bellies are filled with bagel goodness (good training for the donut run).

One Response to Feeding the Beast