I’ve been putting in a lot of miles this March.  More than 17,000.   No, not running miles: miles squeezed in Economy, back and forth across the Atlantic, planing and de-planing and asking for more peanuts.  Let’s see, how many plane movies have I watched?  Harry Potter (the last one and the second to last), The Descendents, My Week with Marilyn, Sherlock Holmes, The Prestige, Anonymous, Margin Call, The Muppets, Twilight Saga, and a host of TV shows.  First it was 10 days in Barcelona and skiing in Andorra with Aaron’s parents to celebrate his mom’s 70th birthday.  Then it was a week in Istanbul for the XIV International Symposium in Respiratory Virus Infections.  It’s been March Mayhem.

Barcelona's all you can eat tapas!

The highlights of the Andorra trip were definitively Barcelona and Aaron’s parents.  By the lack of Aaron’s parents’ WUSsie vocabulary (they had absolutely no familiarity with terms like ‘WUS’ ‘wussies’ ‘Seanie’ ‘Portabella’ ‘Bird Knob’ or ‘Horton’), you all probably don’t know Dick & Rosemarie Schwartzbard very well.  Which is a pity, because they’re kind of rock stars.  Rosemarie blasted by me a couple times on the slopes, although Aaron is convinced that’s because I was wearing a giant puff jacket that could have sailed me back to Barcelona if I hadn’t been eating so much Holiday Inn buffet every night.  And frankly, I wouldn’t have minded riding the winds back to Barcelona.  While the skiing was okay in Andorra, and the town/country (Andorra is technically a country) was decidedly lacking in charm, Barcelona was a city I will definitely be dragging Aaron back to. 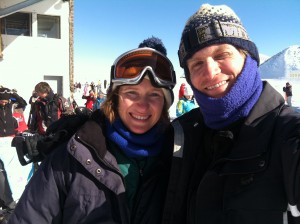 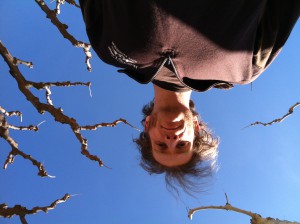 a playground somewhere between Barcelona & Andorra

I touched down in DC, ran the National Half Marathon, and then was off again across the Atlantic to Istanbul to present my evolutionary analyses of influenza viruses in swine at the meeting.  I managed to escape to see some of the city as well.  Istanbul is a pulsing metropolis, the third largest city in Europe (after London and Moscow), with a burgeoning economy and a rich culture as one of the centers of the world for much of its history.  The best tourist site by far was the Hagia Sophia, which displayed the immense wealth and power of the empire and its importance in the early spread of Christianity.  Built in ~500 AD during the Justinian era (~1450 the building when the city was overtaken by the Ottoman Turks the building was converted to a mosque, with the Christian images plastered over, but these have since been restored). 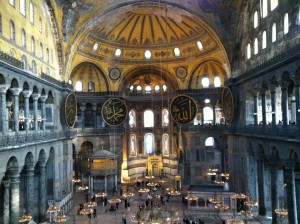 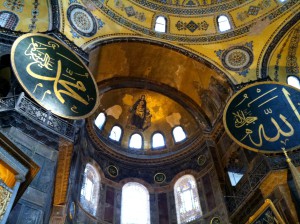 A restored Mary and Jesus hang with Allah in the HS 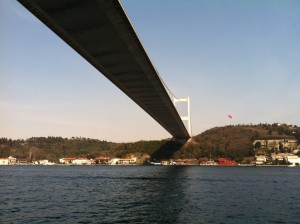 Boating down the Bosporus -- there's Asia on the other side. Culturally, economically, politically, Istanbul is truly a bridge between East and West. 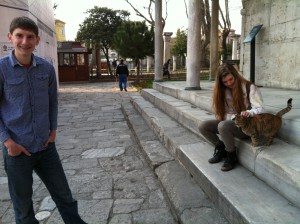 Solomon and Nomi Miller, track stars at Georgetown Day School, my boss's children, and my new-found running buddies (and cat-sitter for Leda) -- see, this blog IS about running 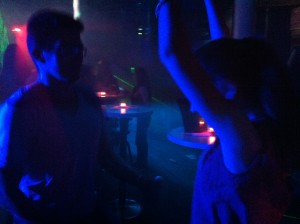 At the end of a long voyage, happiness is coming home to the cuddles of a kitty.  We’ll have to have extra cuddling during the month of April. 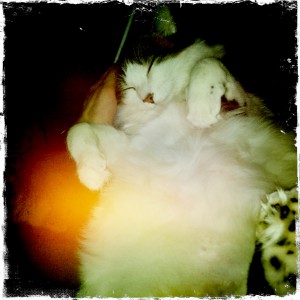 Brian got some cuddles taking care of Leda while I was away.