Run Fo’ It! Ten Critical Things I Didn’t Know About Babies and Pregnancy 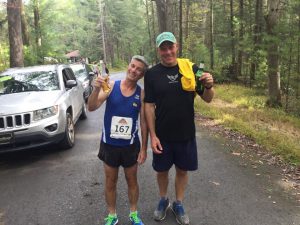 This is the 14th year in a row that I’ve run MountainBack. I’m not committed to any streak. But I love making my annual pilgrimage back to State College to see all my Penn State running buddies. And spend a day with them bouncing along in a van making lewd jokes, griping about old joints, and searing our lungs and quads on Rockrock Forest’s unforgiving climbs. 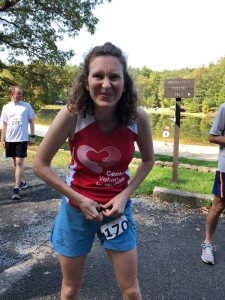 ‘Wow, your team would’ve been really fast 5 years ago.’

We thought of naming our relay team the Has-Beens. Or maybe the Ten-Pounders since all of us are about 10 lbs over our natural running weight. As the day went on, our unofficial slogan became ‘Pump It’, since the guys quickly found my breast-pumping stuff  in the van and spent much of the day imagining nefarious uses. Yes, I had to pump part-way through the event. Yes, it was a stretch to do MountainBack two months after giving birth. But Michelle and my mom, my invaluable crew, made it work. 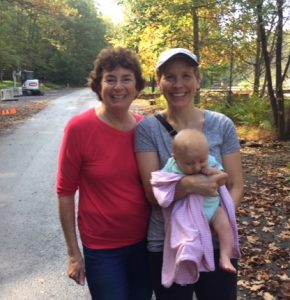 Thanks to my mom and Michelle, Bjorn got to be part of MountainBack, including clutch pre-leg feedings at Colyer Lake and Whipple Dam 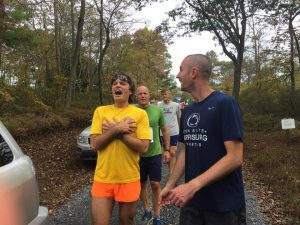 Costas (a) reacting to Dave saying he’s now old & slow and ‘one of you guys’, (b) seeing his outfit’s reflection in the car window, or (c) recovering from trying out the breast pump

The running part was actually the easy part, thanks to Dave’s company on my legs. I didn’t even piss myself this time. Way tougher was managing the personnel (two-month baby Bjorn and his grandmother) and their gear (they say breastfeeding is cheaper than formula, but by the time you add up all the pumping gear and feeding pillows and nipple creams I’m not so sure). 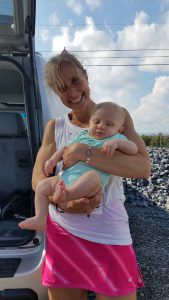 Bjorn’s not one to hold a grudge

Costas dazzled in his technicolor outfit. But Bjorn stole the show. He cooed and charmed, and napped and smiled. I expect it won’t be long before Michelle comes to visit him in DC (open invitation there). He took a particular liking to Dave and Michelle. And he didn’t seem to hold it against Meira that she’d kicked Dave off her MountainBack team two years in a row.

Dave was another star of the trip, chauffeuring the three of us from Harrisburg to State College, and helping me haul my big boobs up the gnarly hill on Leg 3 (Dave’s training for the Harrisburg Marathon included doing some bonus miles by accompanying me on my leg). Dave and Bjorn were best buds by the end of the weekend. 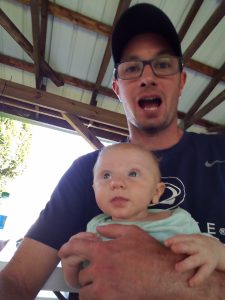 I came home exhausted, hungry, and with boobs rock-hard from engorgement and too painful to sleep. As an evolutionary biologist, I started out committed to breastfeeding six months. But mentally, I’m so ready to go back to work, get back into running, and wean Bjorn off breastfeeding and transition him to formula.

Three extra months of formula isn’t going to matter a speck in the long run. Bjorn needs a momma who’s happy and free to be herself way more than he needs a boob. I’m proud I lasted this long, and it’s been a fun adventure to squeeze breastfeeding into a rough-and-tumble life. But I’m ready to move onto the next phase where there will be a lot more freedom. Bjorn says he’s game. 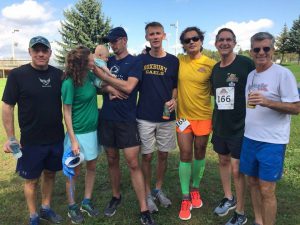 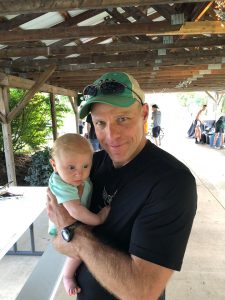