Best use of a birthday hat: Joco

First Place, Female: Marmot. Only because she actually did the whole thing.

Lil Boo disapproves mightily of The One Who Feeds Me drinking 4 beers in a span of 12 minutes. 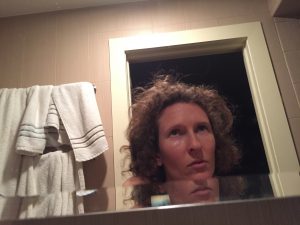 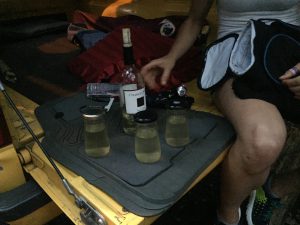 Brienne’s classy twist on the beer mile earned her an $80 pair of pants. Score one for the vino! 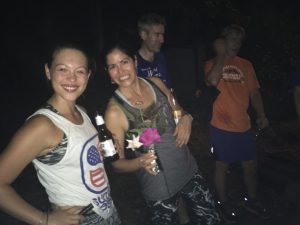 There aren’t many rules at the Beer Mile, but I think team Fogarty managed to violate all of them. 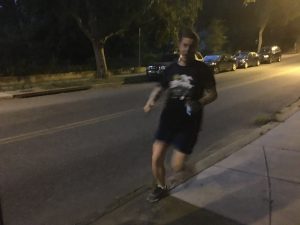 Best maintenance of a baseline standard: RD, for not giving a prize for a Dry Mile, even though Bernard’s French & cute. 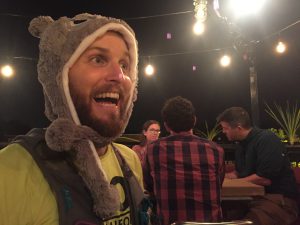 Best ability to upstage everyone and capture the awesomest beer prize without drinking a sip: AarBear