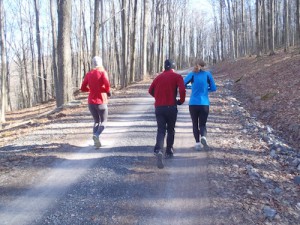 ‘Okay, so we’re going to climb for 4 miles, but there will be a nice view at the top, I promise.’

Poor Cecily and Ben had traveled from DC to snowshoe and cross country ski with us in Canaan, but the weather gods had not delivered.  There was only one other way to bring in the new year: Smoking Bench. 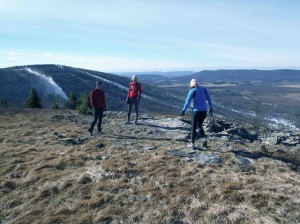 Cecily and Ben agree that this would be a nice place to smoke, were one to smoke.

Well, to be specific we visited Smoking Bench II. Smoking Bench I is by the WIS hill in Cleveland Park.  Smoking Bench II is atop Cabin Mountain in the Sodds. These benches have earned the title because, well, if I ever smoked, these are the select benches from which I would exercise my habit.  I’ve never myself smoked, but I’ve always been a bit envious of smokers for the way that they have this beautiful permanent excuse to step out from a loud crowded party and sit outside alone in peace for a defined ten-minute interval. 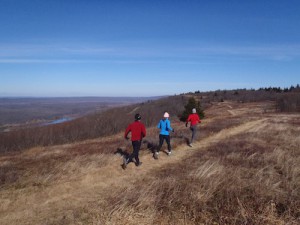 The weather gods had at least produced a sunny, clear day up on the ridge, ideal for a trot along Martha’s trail (for some reason, despite criss-crossing the Sodds for many years, this ridge trail had not previously been part of Aaron’s repertoire). 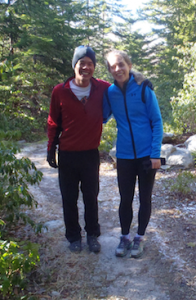 To my great delight, Cecily and her boyfriend Ben moved to Woodley Park this summer.  The second half of 2014 has really been a social windfall, with both Cecily and Sarah W., two of my oldest friends from childhood who know my quirks inside and out, moving back to DC.  Definitely makes me less enthusiastic about leaving DC for a new job.  So here’s a brief summary of my history with Cecily:

We were in ballet class together at 5.

We were ‘Mean Mints’ together on our 4th-grade soccer team (which had mint green shirts), and later Potomac Red Devils when we went Select. 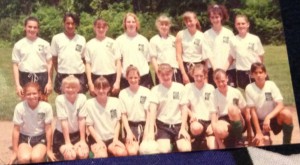 We were basketball teammates in 5th grade (we once lost a game 3-2). 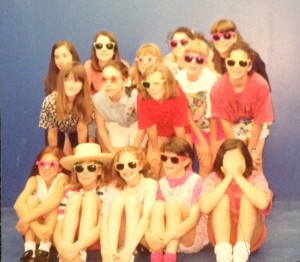 My 6th grade birthday party at SuperStarsStudios in Bethesda. Oh I have the video for this. But not even Aaron has seen it.  Cecily and Rosie did a killer duet to ‘Black and White’.

We were in the Chevy Chase Elementary School chorus. 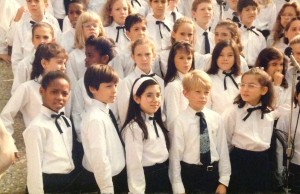 Cecily, Rosie, and I didn’t last long as choirgirls.  I’m the girl behind the girl in the white headband. Cecily is NW from me.  Rosie is next to her.

For three summers we lived a month together in a tiny cabin in northeastern Pennsylvania at Campus Netimus, braving the slimy freezing lake and the dramas of teenage girls living in too close quarters. 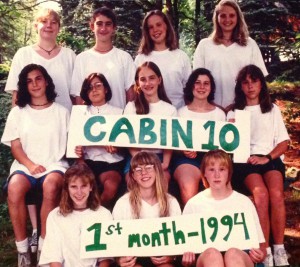 Later in high school, Cecily paved the way for my running career by being the top cross country runner at Richard Montgomery high school as a freshman (I had started out my freshman year at B-CC playing field hockey and basketball and switched to cross country as a sophomore to win the state championship). 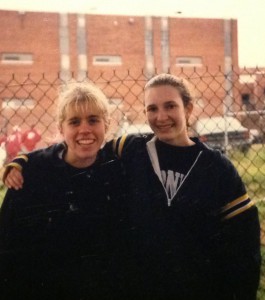 Me and Cecily at Hereford, the brutally hilly MD state championship course.

Our families also went on ski trips together in high school to Colorado, where Cecily learned the particular Bob Nelson style of skiing without turning or stopping.

Cecily once again inspired me to compete in running in college, when Cecily was a freshman standout at Dartmouth and I was bumbling around Stanford not doing much of anything.  After visiting Cecily at Dartmouth freshman year I came within a whisker of transferring there to run with her on the team, but in the end transferred to Amherst, which was an even more extreme polar opposite of Stanford, with a total student population of ~1600.

I also have to give Cecily due credit for her indirect role in launching my career in science.  Cecily was living in London when I happened to visit the city for RAND work.  Naturally, I spent a couple days with Cecily after the meeting.  After a day or so wandering around London I decided to take the train to Oxford.  I was generally interested in seeing Oxford, and I was specifically interested in talking to a professor in the Zoology department named Edward Holmes.  At the time one of my main projects at RAND was to evaluate the Federal Pandemic Influenza Preparedness and Response Plan.  This had entailed weeks of interviews with head people at NIH, CDC, FDA, and throughout the Federal government.  I was just a lowly research assistant, but my main observation in the plan was that it was very heavy on vaccine development, but very thin on other aspects of preparedness, and had a lot of assumptions about how a pandemic virus would evolve in the first place.  As an undergraduate who had majored in biology, with a focus on evolution of disease, I had dived into the literature and come across what I thought were fascinating papers by an Oxford guy named Edward Holmes.  The uninhibited mindset of a 23 year-old is so foreign to the mindset of a 33 year-old that I really can’t explain the bizarre series of events that unfolded during the six-month interval between that fated train ride to Oxford and the beginning of a PhD with Edward Holmes, who was not actually at Oxford when I had visited because he had just moved to Penn State University a couple weeks prior to my visit but whom I had tracked down nonetheless. 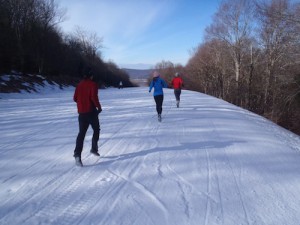 It might be man-made, but running down the ski slope was the closest we could come to the Winter Experience

Our New Years expedition continued with a journey to the source of the mighty Potomac River. 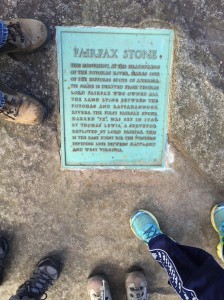 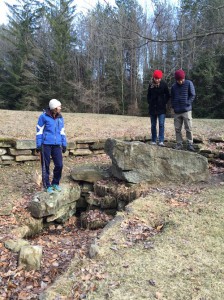 The source of the Potomac wasn’t so mighty.

On Day 2 of our New Years celebration we opted for the calmer Spruce Island Lake loop. 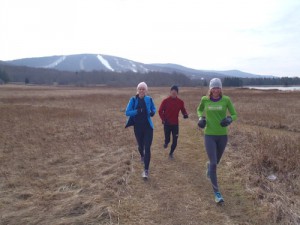 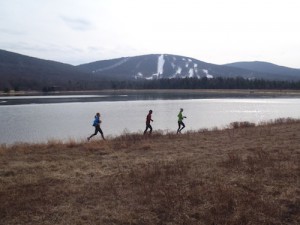 Our beaver hunt yielded no critters, but we did find the dam.

(1) I have at least one ultra where things go well and I don’t barf.  And I don’t injure.  And that’s good enough for me.

(2) I make more Sundays in the Park.  Even though they start at 8am.  Because they’re fun.  And I drag Cecily and Ben there too.

(3) I don’t see much of Sean.  Except when the stars mysteriously align and we both find ourselves independently at Snowmass on separate family ski trips, our hotels a stone’s throw away.

(4) I swallow considerably less lake during my summer triathlon.

(5) I have every intention of making it back to the Escarpment, but for the 8th year in a row am thwarted by circumstances.

(7) I volunteer at the Women’s Half.  At the aid station with the tequila shots.  Because I’ll be taking those.  As I watch someone else win the race.  Hopefully someone who covers their bum.  But I’ll still cheer if they don’t.  Probably too loud because I’ve had too much tequila.  Which is anything more than half a shot.

(8) I don’t get to run the Run For It 5k in Davis.  A race I’ve desperately wanted to run ever since meeting Aaron in 2011. Last year I couldn’t run it because I was in Indonesia.  The year before was Megatransect.  Two years before we were both injured.  The calendar gods will not take pity in 2015.

(9) I travel less.  Intentionally.  I get a little more scheduled in 2015.  I use my Garmin.  And Strava.  Even though Aaron promised me the data was private and Robin still gets email notifications.  I never look at the watch.  But I accept more structure in my life.  The food routine at least is good for me, and I get my weight up into the 120s.

(10) My NIH building is repaired.  Even still I go to work with Aaron on ‘Tuesday is take your girlfriend to work’ day.  Because Aaron’s boss got a new work kitty.  And I start riding horses again at Potomac Horse Center.  I stress out a bit about how much money I’m bleeding.  Especially when I’ve taken the hippie contractor career path that could end in measly income.  I cry because spending money like that goes against all my minimalist instincts.  Whether I stick it out or not depends entirely on whether I like my instructor and my ride.  But I put down the money to give it a whirl.  Because 2014 was stressful — too many interviews, injuries, obligations.  And in 2015 I’d like to give myself a loopier rein.