Tuesday was my first WUS back in a long time — being injured is so isolating and lonely — and after my recent work travails a good dose of WUS was exactly what the doctor ordered.

WUSsies were popping up like daisies after a spring rain: we had Justine post-baby, and Ryon post-concussion and face-splitting (25 stitches, was it?), and Vishal post-shoulder dislocating Glover Park steps tumble; we had Sophie from Charlottesville and a new guy from Colorado — we nearly expected Amy to swoop in from Portland;  Sabrina is back for a couple summer months; Tracy made a rare appearance with Keith; and I don’t even have space to list the whole boatload of WUS regulars that showed.  Good luck to the other CPBGers trying to catch the NBA finals on the television — the roof deck was ours.

So good to catch up on all the crazy WUSsie news.  We got weddings galore and babies born and getting ready for their world debut (Neal & Gaby’s boy is gunning for October).  And what’s this with BOBBY GILL getting hitched?  Wasn’t it was just a year ago he was drooling over my Italianos?  Maybe we’ll have to have a Beer Mile just to lure him out to confirm the rumors.

WUSsies been tearing it up.  This is the best picture I’ve seen in a while.  You just gotta love Joe Clapper. 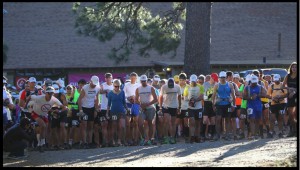