Yay and Boo 2 A Bloody Good Time in Frisco 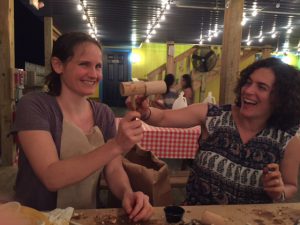 This summer marked the 10th anniversary of the Sarah-Martha-Sarah Girls Weekend, which kicked off in 2007 in State College. A lot has gone down in the last decade, including three marriages, two babies, two degrees, and at least four moves across the country. Not that any of it ever got in the way of three girls getting together once a year to do exciting things together like walk to the drug store.

But it’s been a memorable run, and looking back at the ten years, we’d like to thank some of the folks who helped make it fun along the way: 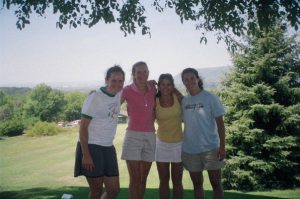 Miruna, my plant biologist roommate, who let us pilfer all the blueberries from some Penn State plant experiment, until we all pooped blue 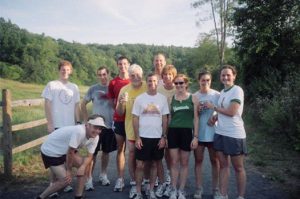 The Nittany Valley Running Club: the Sarahs didn’t know what a big deal they were until they were escorted in Cali’s Porsche convertible to a Beer Mile held in their honor. 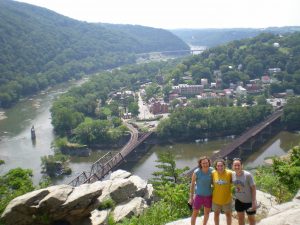 The little brown bat that died of natural causes in the waste bin in my parents’ house in Shepherdstown, the most memorable bit of Girls Weekend #2. 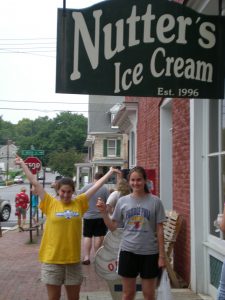 Except maybe for Nutters (Sharpsburg, MD)

Edward Sharpe, who provided this iconic picture for Girls Weekend #3 at Milwaukee SummerFest 2011, even though he was so sweaty post-concert I demurred on the hug. 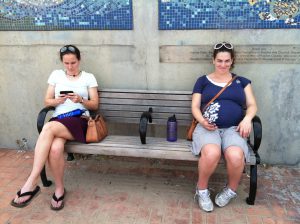 Lil Brady, 1 month away from his grand entrance, for gamely putting up with Girls Weekend #4. 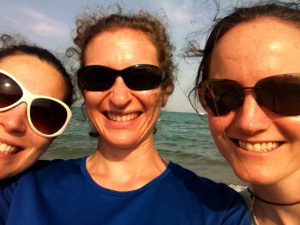 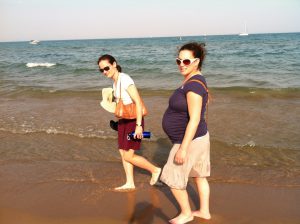 The ducks at the Peabody Hotel, who were the grand stars of Girls Weekend Memphis (along with the ribs) 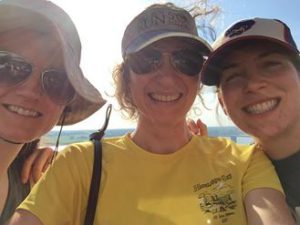 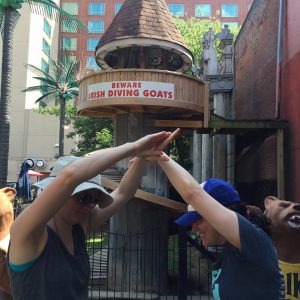 Goats. Goats on boxes. Diving Goats. Marauding Goats. It’s not a real Girls Weekend until we find the goats… 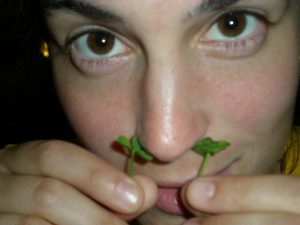 Okay, okay, move over goats and ducks. Rosie is always the star of Girls Weekend.